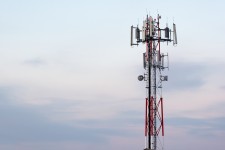 In 2010, APWireless began investing in cell site leases in the United States. Since then, the company has expanded into Canada, Mexico, South America, Europe, Asia and Australia. To date, APWireless has deployed more than $500 million in its cell site lease investment business.

“2018 will be our eighth successive year of growth,” said Eric Overman, chief executive officer of APWireless. “Worldwide, APWireless is now recognized as a powerful and trusted ally by landlords, carriers and tower companies alike.”