Hypoxic Ischemic Encephalopathy is a type of brain injury that impacts 2-3 per 1,000 live births. Hope for HIE designated April as HIE Awareness Month in 2016 to further the mission to generate awareness, education and support for families, researchers and clinicians. 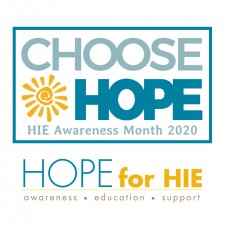 WEST BLOOMFIELD TOWNSHIP, Mich., March 24, 2020 (Newswire.com) - Two to three of every 1,000 live births are impacted by Hypoxic Ischemic Encephalopathy, or HIE, a type of brain injury. More sustain an HIE injury after birth, due to multiple reasons, including near SIDS events. HIE often leads to diagnoses of cerebral palsy, epilepsy, learning disabilities, ADHD, and other developmental challenges.

That means thousands of families worldwide are impacted by HIE each year. Since launching World HIE Awareness month in 2016, more families are finding the psycho-social support they need to tackle the challenges their children may face as a result of HIE by finding a comprehensive network of peer-to-peer support through Hope for HIE.

World HIE Awareness Month focuses on the goal of promoting more awareness of what HIE is, who is affected and how HIE affects thousands of families worldwide. Hope for HIE shares the stories of families affected by HIE to show that hope is truly in the journey.

During the month of April, Hope for HIE will be making an annual push to promote World HIE Awareness Month online to promote awareness, education and, most importantly, support.

The theme this year is “CHOOSE HOPE.” Family, clinician and researcher stories and pictures will be shared widely on social media and the Hope for HIE website. The community can join in by using the hashtags #ChooseHOPE and #HIEawareness.

Hope for HIE's mission is focused on awareness, education, and support for HIE. In addition to providing a comprehensive peer-to-peer support network for families to connect, the organization partners with researchers and clinicians to build educational resources, and move forward research initiatives that decrease the incidence of HIE, and work to improve the quality of life for children and families.

About Hope for HIE

Hope for HIE is the premier global resource for neonatal and pediatric hypoxic ischemic encephalopathy focused on awareness, education and support. Hope for HIE is a registered 501c3 nonprofit organization, based in the United States, serving a global community of families, researchers and clinicians.​

About Hope for HIE

Hope for HIE is the premier global resource for neonatal and pediatric hypoxic ischemic encephalopathy focused on awareness, education and support. 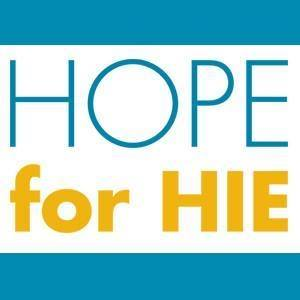