Presentation Ceremony Held on Dec. 18, 2017 at the Hong Kong Convention and Exhibition Center. 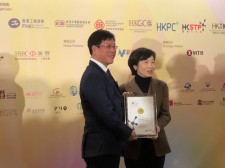 LOS ANGELES, December 19, 2017 (Newswire.com) - Appcara announced today that it has been named as the winner in the 2017 Hong Kong Awards for Industries for Technological Achievement Certificate of Merit. HKAI is one of the leading awards organizations honoring outstanding performance and achievements of Hong Kong enterprises. The preliminary judging process in each award category is carried out by the relevant judging panel. The final judging panels are responsible for the subsequent adjudication process. While the two product-based categories will set up their own final judging panels, the company-based categories will jointly form a final judging panel. To ensure consistency of judging standard in each category, the final judging panels are chaired by the same person who is of high standing and invited by the Organizing Committee of the HKAI.

Appcara is a leading software vendor offering cloud and application management solutions for enterprises to accelerate their cloud journey and achieve true return-on-investment. Appcara’s App360 helps enterprises to easily transition from traditional to modern IT infrastructure gaining manageability and efficiency as well as enabling order approval and chargeback capabilities. In addition, App360 enables enterprises to automate their IT operations – including application deployment and management.

Appcara has been honored at the star-studded 2017 Hong Kong Awards for Industries ceremony on Monday, Dec. 18, 2017, at the Hong Kong Convention and Exhibition Center. Mrs. Carrie Lam Cheng Yuet-ngor, Chief Executive of the Hong Kong Special Administrative Region (HKSAR) was the Guest of Honor that presented the awards this year.

Supported by the Government, the HKAI was launched in 2005 by merging the former Hong Kong Awards for Industry and Hong Kong Awards for Services, established in 1989 and 1997 respectively. The HKAI comprises seven categories, each overseen by a respective organizer, including: Consumer Product Design, Equipment and Machinery Design, Customer Service, Innovation and Creativity, Productivity and Quality, Technological Achievement and Upgrading and Transformation. Overall coordination of the HKAI is provided by the Organizing Committee of the HKAI. This Committee is chaired by the Director-General of Trade and Industry with membership drawn from the respective organizers of the seven award categories.

The symbol of the HKAI, expressed both in the award logo and in the trophies conferred on winners, juxtaposes two precious elements, a pearl and a pierced jade amulet, to form a design which has happy connotations in both Chinese and Western contexts.

The pearl is of particular significance to Hong Kong, an ancient source of fine pearls in China, and traditionally known as the Pearl of the Orient. The jade amulet represents the Heaven, according to Eastern Han scholar Zheng Xuan. The pierced disc resembles the ancient calligraphic symbol for the sun, and the amulet is decorated with a stylized version of the traditional 'grain' pattern. In Chinese, the two words together signify a perfect match. In the Western context, the two symbols together form the letter 'Q', which is widely associated with the concept of quality. 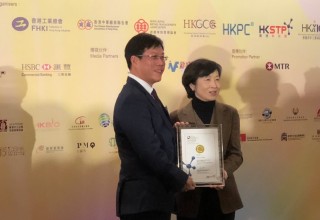 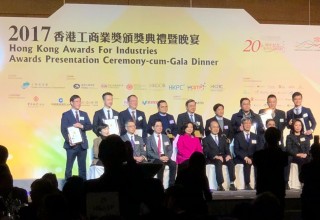 Appcara is a leading software vendor globally offering cloud and application management solutions for enterprises to accelerate their cloud journey. Appcara's App360 aims to simplify the cloud journey to achieve higher efficiency and and true ROI.