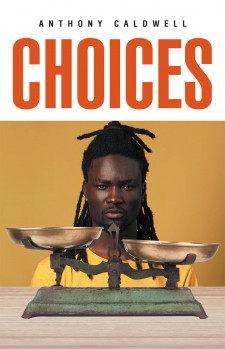 ARIZONA CITY, Ariz., May 12, 2021 (Newswire.com) - Fulton Books author Anthony Caldwell, a Marine Corps veteran, has completed his most recent book "Choices": an engrossing novel about a young man's life as those of power locked him away for half a decade, yet he eventually finds himself returning home to face once again a society filled with injustice. Throughout adversities in life and love, he faced them all.

Anthony writes, "When the only mistake of a promising young man, Lorenzo Sheppard, is falling for the Southern belle Tayanna Calloway, you would think being in love was a good thing. When her father catches wind of her having a relationship with someone from the projects, shit hits the fan. After a horrible lie and five years behind bars, Lorenzo returns to the very city that caused him and his family so much grief. Even after losing his scholarship and his freedom, he promises himself that he will rise above the obstacles. With his brothers, Bo and Rod, by his side, they are determined to make it happen. Danger still lurks for Lorenzo in the form of Senator Calloway, formerly Councilman Calloway. He still feels Lorenzo is nobody and is determined to make his life hell. Will Lorenzo defy the odds, or will Senator Calloway have his justice? Be careful with the choices you make in life. They can either propel you or destroy you."

Published by Fulton Books, Anthony Caldwell's book is a well-written journey of Lorenzo as he weighs decisions left and right, and faces the repercussions of those choices. Will he be able to find what he is looking for in the end?

Readers who wish to experience this great work can purchase "Choices" at bookstores everywhere, or online at the Apple iTunes Store, Amazon, Google Play or Barnes & Noble.

Luis E. Sweeney's New Book 'The System of Things III: I Took a Stand' is an Awe-Inspiring Read About a Man Taking a Stand and Finding Closure in His Life's Challenges
Fulton Books - Jun 17, 2021

Robert Boyce's New Book 'Kettle of Tears' is an Adventurous Historical Novel That Transports Its Readers to an Atmospheric and Action-Packed Journey
Fulton Books - Jun 17, 2021
Newswire