With performances by Jimmie Allen, Eli Young Band, The United States Army Band, along with a star-studded celebrity lineup 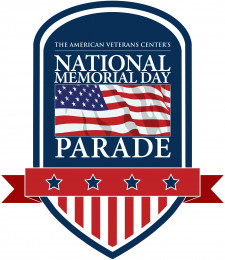 WASHINGTON, May 25, 2022 (Newswire.com) - The American Veterans Center (AVC) is proud to announce the return of an American tradition: The 2022 National Memorial Day Parade, returning to Constitution Avenue in Washington, D.C., for the first time since prior to the pandemic. A timeline of American history, the nation's largest Memorial Day event will share the sacrifices of generations past and present in front of hundreds of thousands of spectators along the National Mall.

The parade's television special will be hosted by Anthony Anderson (Black-ish) and Joe Buck (ESPN Monday Night Football), with veteran and celebrity Robert Irvine from Constitution Avenue. The television special features performances by Jimmie Allen, Eli Young Band, and The United States Army Band "Pershing's Own," among others.

Joining the television special is a star-studded lineup of celebrities, including Gary Sinise and  Joe Mantegna, with special video greetings from Renee Elise Goldsberry, Chris Pratt, Jimmy Kimmel, Glen Powell, and Wilmer Valderrama, among many others. The Grand Marshal of the parade will be winner of the first "Top Gun"-style weapons meet in American history Lt. Col. James Harvey III. A veteran of the legendary Tuskegee Airmen, Harvey won the first-ever "Top Gun"-style competition in 1949, before becoming the first African American jet pilot in combat during a decorated tour in the Korean War. The largely unknown story of "The Tuskegee Top Guns" featured in the parade coincides with the forthcoming release of Top Gun: Maverick.

"I'm honored to be hosting this incredible event once again," said Anthony Anderson. "We're excited this year to showcase the return of the parade to Constitution Avenue and, most importantly, to honor the spirit of service and sacrifice of generations of Americans."

Joining Anthony for the first time, Joe Buck added, "It's an honor to join this special tradition, as we remember the men and women who have given their lives in service to all of us. We look forward to a very special program, as we commemorate this most important of American holidays."

The National Memorial Day Parade will be nationally syndicated to over 100 million households on ABC, CBS, NBC, FOX, and CW stations nationwide, airing throughout the month of June. In addition, it will be broadcast to U.S. troops serving around the world and on Navy ships at sea on American Forces Network.

"Boeing is honored to be a part of the parade recognizing our military service members who made the ultimate sacrifice," said Stan Deal, Boeing Commercial Airplanes president and CEO. "Thank you to the American Veterans Center for preserving the legacy of our veterans and for making this parade possible."

The American Veterans Center re-introduced the tradition of a Memorial Day parade along Constitution Avenue in 2005, decades after it had faded away during the Second World War. It has since grown into the largest Memorial Day commemoration in the country. For more information, visit NationalMemorialDayParade.com.

The American Veterans Center (AVC) and its subsidiary, the World War II Veterans Committee, is a 501(c)(3) non-profit educational foundation dedicated to guarding the legacy and honoring the sacrifice of our military personnel from every generation. The National Memorial Day Parade is held annually in Washington, D.C. For more information, visit www.AmericanVeteransCenter.org. 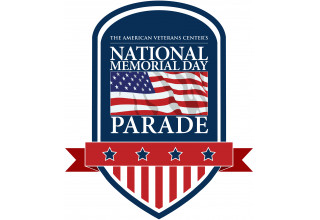 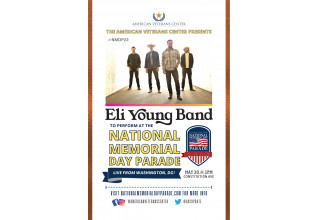 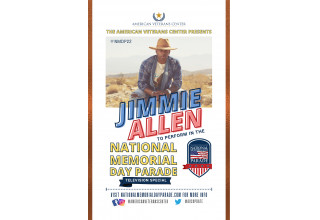