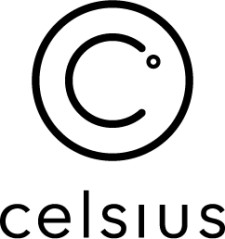 NEW YORK, October 15, 2018 (Newswire.com) - Celsius Network, a blockchain-based borrowing and lending platform announced today that Ann LaCarrubba has joined the team as their General Counsel and Chief Compliance Officer. Ann has over 20 years of legal, compliance and governance experience at financial services companies and has worked in senior roles at American Express, Merlon Intelligence and with the Blackstone Group.

“Ann is an incredible addition to our team,” explained Celsius Network CEO, Alex Mashinsky, “from our inception, we have been focused on staying compliant because we believe that for the blockchain industry to go mainstream, staying compliant must be part of the solution.” According to Mashinsky, signing Ann, with her many years in traditional Fortune 100 companies, elevates Celsius to the forefront of the emerging blockchain industry.

Co-Founder and COO, Daniel Leon stated, “At Celsius, we strongly believe that the only way to achieve our mission to bring the next 100 million people into crypto is by providing compliant financial services that are based on the Blockchain. Our product may be the best in the market, but ultimately it also needs to stand on a firm legal and regulatory foundation.”

Ann decided to join Celsius as their General Counsel and Chief Compliance Officer only after conducting extensive due diligence on the company and meeting the team. “The space is fascinating to me from a regulatory standpoint. It is exciting to be part of a new frontier in both tech and finance. Being able to utilize my skills and be a part of this movement is an incredible opportunity for me. Meeting the team and hearing Celsius’ vision confirmed for me what an exciting opportunity this is to be a part of something with so much potential.”

Celsius Network is a Blockchain based Fintech startup which provides members access to borrowing dollars using their cryptocurrency as collateral. Members of the Celsius Network can also earn interest on their digital currency deposited with Celsius. We're developing a new wave of financial products to the digital currency market in order to bring the next 100 million people into blockchain. Celsius’ borrowing and lending products are designed to work in the best interest of its members instead of trying to make as much profit as possible. The Celsius Wallet is available on both iOS and Google Play.

Co-Inventor of Blockchain Teams Up With Inventor of VoIP to Bring Next 100M People Into Crypto
Scott Stornetta joins Celsius Network's team whose product provides cash loans against crypto as well as annual interest on deposits
Celsius Network - Sep 20, 2018