Announcing the Passing of DJ and Radio Personality Charlie Tuna

It is with a heavy heart that we share the sad news that American disc jockey and radio personality, Charlie Tuna, has passed away. 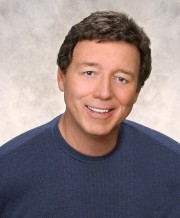 Los Angeles, February 29, 2016 (Newswire.com) - It is with a heavy heart that we share the sad news that American disc jockey and radio personality, Charlie Tuna, passed away peacefully in his sleep February 19th, 2016. His was a life well-lived, and he will always be remembered for the joy, laughter, and love of music he brought to many throughout the world with his presence on the radio.  All who knew him will sadly miss him. Memorial donations can be made to Children's Hospital Los Angeles. We ask that you respect his family's privacy during their time of grief.

In 1990, the Hollywood Chamber of Commerce honored Charlie by presenting him with a Star on the Walk of Fame.

In 1999, he was inducted into his home state Nebraska Broadcasters Association Hall of Fame.

In1997, Los Angeles Radio People readers voted Charlie one of the Top 10 L.A. Radio Personalities of All Time.

In 2007 & again in 2013, Charlie was elected by his LARadio.com broadcast peers as one of the Top 10 Los Angeles Radio Personalities.

Among his L.A. Radio credits:

·   Was part of the legendary KHJ Boss Jock line-up; starting KROQ radio; starting KIIS and serving as both Program Director and Morning Man for KIIS AM & FM.

·   He can be heard across the U.S., Canada and internationally on his syndicated 5 hour daily and weekend shows, plus a daily Hollywood Minute entertainment feature.

·   Tuna was the announcer for the television game show Scrabble which ran for seven years on NBC, and a dozen other TV shows ranging from the Mike Douglas Show to America’s Top 10 with Casey Kasem. He hosted Cinema, Cinema, Cinema for 30 years, an internationally syndicated TV show featuring the top movies in the US each week, with clips from the films. He also hosted the international TV show Inside Hollywood for three years.

·   Appearances in two movies, hundreds of TV and radio commercials, VH1’s use of Charlie’s Celebrity Interview Archives, dozens of radio station voice imaging clients, narration of the U.S. Air Force’s 50th Anniversary CD, and serving as a musical network TV consultant round out the media side of Charlie Tuna.

·   Charlie also raised nearly 2.5 million dollars for Children’ s Hospital in L.A. with his annual “Tunathon” in past years, hosted the red carpet and emceed the Revlon Run/Walk for 5 years, and emceed the annual 4th of July Warner Park in Woodland Hills celebration which attracts annual crowds of over 50,000 spectators.

·   Charlie called Tarzana home in California and served as the city’s Honorary Mayor since 1977.

Meet the Man That Shakes Hollywood.
In Hollywood, there are movers and shakers. But Michael Keesling quite literally shakes your movies.
MVideo - Feb 23, 2016
Newswire