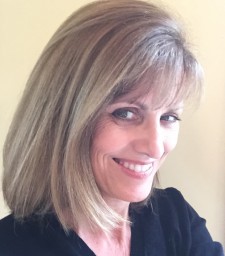 Seattle, WA, June 5, 2017 (Newswire.com) - Cartooning history was made when Ann Telnaes of the Cartoonist Group won the 2017 Reuben Award to become the first female to receive both the Reuben Award and the Pulitzer Prize for Editorial Cartoons.

Lucy Shelton Caswell, Professor Emerita and Founding Curator of The Ohio State University Billy Ireland Cartoon Library and Museum commented “What strikes me about Ann's work is not only its high standard for both content and beauty/appearance, but also that she is embracing new delivery platforms in a very forward-thinking and creative way.”  Caswell added “She earned this recognition because her work exemplifies the best of traditional political cartoons as well as breaking new ground.”

Telnaes won the Pulitzer Prize for Editorial Cartooning in 2001.  She was the second woman to win that award.  Signe Wilkinson won in 1992.  Telnaes and Wilkinson are the only two women to win the Pulitzer Award.

Telnaes, a graduate of the California Institute of the Arts, began her career in animation at studios in Los Angeles, London, New York, and Taipei.  She transitioned to become a show designer for Walt Disney Imagineering.  She shifted to editorial cartooning when she was inspired to engage in social commentary during Clarence Thomas’ Supreme Court confirmation hearings.  She is now a fierce advocate for freedom of speech and her editorial cartoons frequently address this plus all civil liberties and women’s rights.  Her drawing style is notable for its graceful lines and spot color.

Ann Telnaes’ still and animated cartoons may be seen online at the Washington Post (https://www.washingtonpost.com/people/ann-telnaes/).  Current and past print cartoons may be searched at The Cartoonist Group (http://cartoonistgroup.com/properties/template_search.php?id=62) and Telnaes’ own site offers links to cartoons and more:  http://www.anntelnaes.com.