GREENWOOD, Colo., November 19, 2019 (Newswire.com) - ANANDA Scientific today announced it has entered into a license and research agreement with BGN Technologies (BGN), the technology transfer company of Ben-Gurion University of the Negev, Israel, to develop and commercialize cannabinoid products for topical applications.

The research, which will be conducted by Ben-Gurion University scientists, Professor Amnon Sintov and his collaborator Professor Shimon Ben-Shabat, will center on patented, innovative nanotechnologies that will enable CBD, additional cannabinoids and other plant-derived substances to penetrate into and through the skin. The research will initially focus on developing products for treating psoriasis.

“For the millions of people who suffer daily from skin disorders like psoriasis, we are excited to be at the forefront of developing meaningful treatments using this groundbreaking delivery technology,” said Mark J. Rosenfeld, M.S., Ph.D., ANANDA Scientific’s Chief Executive Officer and Chief Science Officer. “This collaboration with world-renowned scientists, Professor Ben-Shabat and Professor Sintov of Ben-Gurion University, will lead to the launch of distinctive over-the-counter and prescription CBD skincare products, and additional important patents and pharmaceutical applications are anticipated as an outcome of the work now underway.”

Human case study work shows that CBD brought efficiently into the skin may effectively treat psoriasis when it is otherwise intractable. Treatments costing tens of thousands of dollars are used today in such cases, thus making a less-costly, effective CBD therapeutic a desirable alternative.

“Cannabis is increasingly being used worldwide to treat a variety of dermatological conditions, and medicinal cannabis is currently legalized in Canada, 31 states in the U.S. and 19 countries in Europe including Israel,” said Dr. Ora Horovitz, BGN Senior VP Business Development. “In a just recently released article in The Journal of Dermatological Treatment[i], the authors reviewed the literature on the pharmacology and use of cannabinoids in treating a variety of skin conditions including psoriasis, skin cancer, pruritus, and pain, demonstrating that cannabinoids have anti-inflammatory, antipruritic, anti-aging, and anti-malignancy properties by various mechanisms including interacting with the newly found endocannabinoid system of the skin, thus being a promising treatment for these serious conditions.”

“We are pleased to be able to collaborate with ANANDA Scientific in further developing proprietary patentable nanotechnologies related to topical formulations of submicron carriers,” said Amnon Sintov, Professor in the Department of Biomedical Engineering at Ben-Gurion University of the Negev. “This research will lead to highly effective treatments for those that suffer daily from skin disorders.”

“This type of research is cutting edge and I am eager to help develop cannabinoid topical applications for psoriasis and other skin disorders with ANANDA Scientific,” said Shimon Ben-Shabat, Professor in the Clinical Biochemistry and Pharmacology Department at Ben-Gurion University.

BGN Technologies is the technology company of Ben-Gurion University, Israel. The company brings technological innovations from the lab to the market and fosters research collaborations and entrepreneurship among researchers and students. To date, BGN Technologies has established over 100 startup companies in the fields of biotech, hi-tech, and cleantech as well as initiating leading technology hubs, incubators, and accelerators. Over the past decade, it has focused on creating long-term partnerships with multinational corporations such as Deutsche Telekom, Dell-EMC, IBM, PayPal, Cincinnati Children’s Medical Center, Merck, Sigma and Bayer, securing value and growth for Ben-Gurion University as well as for the Negev region. For more information, visit the BGN Technologies website.

ANANDA Scientific is a research-focused biotech company that employs innovative delivery technologies to make cannabinoids and other plant-derived compounds highly bioavailable, water-soluble and shelf-life-stable nutraceutical and pharmaceutical products. ANANDA is pursuing clinical trials for the regulatory approval of pharmaceuticals to address therapeutic targets of tremendous public health importance. On the back of a strong research foundation, the company has evolved a growing pipeline of nutraceutical over-the-counter products. The company has successfully launched these in the United States, United Kingdom and European Union, with expansion into China and Australia in the near future. The company is expanding its research base through multiple sponsored research agreements with universities to diversify its technology footprint. 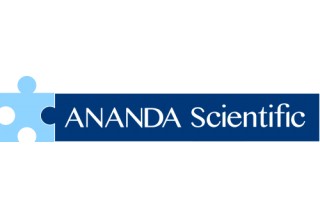 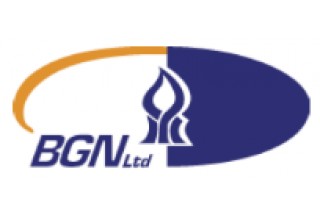