An Unforgettable Afternoon for Local Kids

The annual American Legion Post 53 Kids' Fishing Tournament was held this year at the 3.3-acre lake of Golden Era Productions, the film-production studio of the Church of Scientology 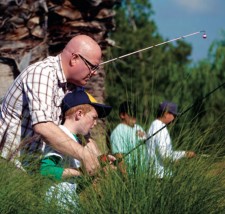 The lake, teeming with largemouth bass and bluegill, was the perfect place for kids to learn or practice fishing on a day that brought the community together on behalf of youth.

Each child received a Fishing Tournament T-shirt. Bass Pro Shops provided fishing poles for kids who didn’t own their own. Winco Foods donated hundreds of bottles of water. And Grandfathers for Golf and Elks Lodge #1740 joined forces with Golden Era to put together 350 bag lunches for the families at the tournament.

“This is a great way to get the community together and kids totally enjoyed themselves,” said Golden Era Productions Director of Community Affairs Muriel Dufresne, who helped American Legion Post 53 Commander Russ Mills present the awards.

Golden Era Productions is the state-of-the-art film and audio facilities of the Church of Scientology, set on 500 acres in Southern California. It is responsible for the production of all audiovisual information and training materials for use within Scientology churches. It also produces films, public service announcements and other materials centered on church-sponsored social betterment activities and humanitarian initiatives. 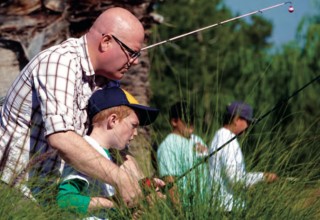 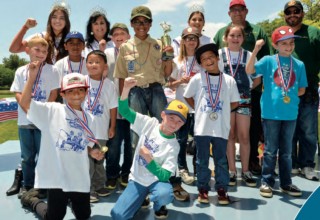 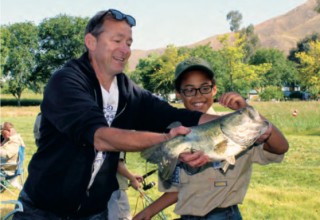 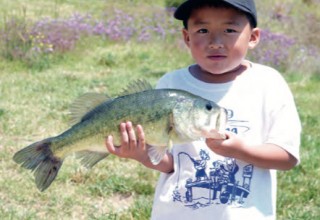