"An Arrow to the Heart of Washington" Released by Firefallmedia

Politics and Poetry in a New Voice 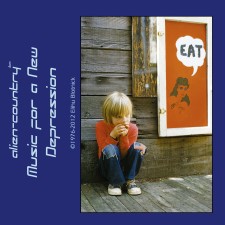 San Francisco, California, May 24, 2016 (Newswire.com) - When the politics of language and the language of politics blur, the unfenced media fog calls for a sharp voice to clear the page view. Music for a New Depression, revised, expanded and released this week, as a 70 page paperback on Amazon at $4.50, and as a 31 minute audio download on Audible for $3.95 and iTunes for $2.95, answers the call nicely, unveiling the constants now in free play.

Elihu Blotnick, the Nikon award winning poet and photographer, lends his vision and his voice to his words in this book. Indeed, Music for a New Depression, songs of a native oracle, slices the political scene to shreds, then wands it back together. The poet with his blues magic makes us realize that in the end the only audience that matters is the land itself. Written on a mountain top in New Mexico, the poems are arrows to the heart of Washington, meant to light the sky as they travel there, by taking to task the national political scene, with their candor and caustic wit.

In effect, the poet looks down from the clouds at the herd, rushing toward a cliff, to lyricize the thunder. His warnings strike like lightning and reflect the popular contempt for politics, always needed to start an honest dialogue and initiate real change in the culture. Yet, the title, Music for a New Depression, is an expression of dismay at the likely results of the current election cycle. In effect, the Millenials represent a lost generation.

“This year,” Elihu says, “the political train is pulling into a new station: the pendulum swings us across the decades: when a backlash sets in, we need to know who has been holding the whip how, in order to take it away from him or her. This is a process independent of personalities, however much they cry out, reverse their own course, and encase themselves in glass coffins.”

Elihu’s earlier political poems from the first edition of Music for a New Depression, put to music by Rama Kim, are still available on iTunes and Microsoft Music. A video collaboration between Elihu and Rama, under the same title, can be freely seen on YouTube.

Elihu, a closet novelist as well, last year released ICED, the Swan Song of the South Pole, pseudonymously, but he became immediately known in the space weather community thanks to his enthusiastic presence.

This week also, Firefallmedia posted its newest catalog on its website. The potential sequel to Downton Abbey, perhaps the next Thomas the Train, and Russia in the U.S. are  other publications planned for release this year and next. Music for a New Depression is however the focus of the moment for good reason, given the disapproval and disappointment in the current president and very likely the next, unless fundamental change happens first. This new release points the way.

A content creation company for communication channels in entertainment and education, releasing audios, videos, posters, and print editions in a timely manner. Visual language and the American idiom are our prime focus.