Las Vegas, NV, August 7, 2017 (Newswire.com) - Over 45,000 attendees from over 90 countries visited the ASD Market Week show in Las Vegas last week, and it seems like nearly all attendees that were on the floor at any given time gravitated to the UAE pavilion which only featured 3 products which drew more attention than most of the other 2,700 exhibitions combined.

Escape rooms, which have become the de facto attraction in the amusement industry, shared a pavilion with two other amusement related companies, all of which were the big show stoppers this year.  So big, that the aisle was, at times, completely blocked with onlookers as well as those who were vying to try the products.  Show management came up with a solution that seemed to make everyone happy, at least for the time being.  Overnight, they moved their location to the front corner of the show, apart from the other merchants, and split the exhibit into two sections.

"It certainly was a learning experience for us,"

The two other crowd-pleasing culprits were green screen attractions which were both hilarious and extremely popular with the crowd.  Bopping Heads and iBobbles, both green screen related attractions which produced videos and instant bobble heads, had a tough time keeping up with the demand, as did the Escape Logix company who by the end of the first day of the show, had all three of their escape rooms completely booked for the entire four days of the show.

"It certainly was a learning experience for us," said Gene Talasco, one of the Escape Logix representatives who was in charge of trade show exhibits.  "We didn't realize that by booking everyone on the 1st day of the show, there was virtually no demonstrations available to anyone who showed up on the other 3 days of the show.  We had many potential buyers who we had to try to squeeze in or schedule an after hours time with them.  Lesson learned it was a great show!"

The show, which has existed for over 20 years, broke an attendance record this year as they had branched-out to non-retail related products such as Amusements and Resorts. "We have been fortunate to be able to put on such a fantastic show this year by adding to the variety of products," said John Fontin of show management. "While we had some logistical hiccups, everything worked out great in the end, and it was a win-win for both buyers and sellers. We look forward to expanding upon the new categories next year."

ASD Market week is divided into nine major categories that function as separate mini-shows.  The new SourceDirect hall brought together manufacturers from all over the world with so that buyers can purchase a gift, electronic and general merchandise directly from the source.

ASD will return to the Las Vegas Convention Center on July 29, 2018, and will once again be free to qualified buyers who register in advance, or $40 for on-site registrants. 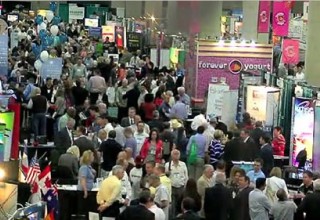 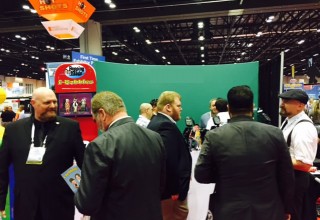 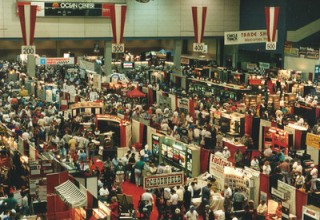