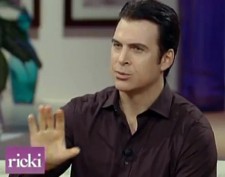 In June 2017 Jack was interviewed by Russia's state- run REN TV. In this two-part interview, Jack was featured as the top psychic in the United States. Now, Jack is no stranger to the media. CBS television featured him as the real-life version of the fictional psychic detective at the center of their hit drama The Mentalist. Jack also profiled the Casey Anthony murder case on FOX's now-defunct Ricki Lake reboot. What makes this Russian interview with psychic Jack so unique though is both the timing and what he said.

During the REN TV shoot, Jack was prompted to predict something positive about Russia that would take place in August 2017. Instead, he paused. Again, he was encouraged to say something flattering about Putin. Or comment on the pending good fortune of the Russian people. Still, Jack delayed. Finally, after a rather long and pregnant pause, Jack said something perhaps a bit shocking. He predicted Russia would intervene in the ongoing tensions between America and the rogue nation North Korea in a way the American government would not like.

Before part one of Rourke’s interview even aired it appeared his prediction had already come true. On July 4, 2017, Reuters issued a report titled “Russia and China tell North Korea, U.S. and South Korea to embrace de-escalation plan.” Russia did indeed intervene with North Korea much to the chagrin of the U.S. and its allies. Mr. Rourke discussed this fact a full two weeks before the Reuters story broke. Was this a coincidence? More importantly, is it appropriate for a psychic to speak on world events such as this? Is it possible Mr. Rourke used clairvoyance with the intention of both warning America and perhaps tempting the Kremlin into action?

Getting an interview with Jack Rourke is not easy. For this story, a series of emails were exchanged with his office. Ultimately, requests for interviews were denied. Could Jack Rourke be the one psychic who shuns the spotlight? It turns out Rourke is notorious for turning away media requests. He turned down a 2013 interview with CBS Local naming the best psychic and mediums in Los Angeles. He declined an invitation to appear on Good Day Australia when they requested he make on-air predictions about Hollywood celebrities. He again refused to discuss celebrities on NBC’s Trisha show in 2013. And in a 2009 interview on a popular syndicated morning radio show, after continually denying rumors linking him to the intelligence community, Jack exited the interview unannounced. So unlike sensitives who trade in celebrity gossip and the sentimentality associated with allegedly talking to the dead, Rourke has instead quietly carved out a career earnestly trying to help those who seek him out. He is highly regarded by his devoted clients as a gifted psychic detective, medical intuitive, love psychic and spiritual counselor. But now it seems Jack Rourke has used his influence in a way perhaps no other modern psychic has. Why?

Just hours after this story was scrapped due to the elusive psychic’s refusal to participate, a mysterious telephone call came from an anonymous source. It was Rourke. He was cautious yet amiable and rather charismatic. An interview was scheduled for a few days later at a luxury Hotel in Los Angeles.

PRM: You’re a hard man to get a hold of.

JR: Am I? Well, I’m just cautious about being misrepresented. Frankly, there’s a lot of unhealthy and egotistical nonsense out there about what ESP is. There’s even more spiritually dangerous misinformation in the public sphere concerning what it means to be psychic. I don’t want to encourage or inadvertently contribute to these misperceptions. I describe a lot of these things in my book The Rational Psychic.

PRM: Tell me then, what’s it like being a professional psychic?

JR: Every day is Halloween. There are ghosts and goblins haunting my every step.

PRM: You’re joking but I imagine your life is not normal?

JR: At the beginning of my career I worked a lot with people who thought they or their homes were haunted. My business has changed since then. What’s normal though? One only needs to read the headlines to learn societal norms are constantly challenged these days. Kidding aside, I deal with people and their practical concerns in spiritual and hopefully meaningful ways. My methodology is unconventional, yes. However, there’s really nothing spooky about what I do at all. There have always been shamans and spiritual advisers in one form or another serving mankind going back to when we as a species were living off the land.

PRM: But being a psychic, it is weird, you admit that?

JR: Being psychic as a vocation is weird in that it’s uncommon. But my business is run in a very conventional way. There’s not a lot of high strangeness. At the end of the day, my work is fundamentally about loving people so that they can spiritually find meaning and purpose within. I help clients discover that their circumstances, no matter what, are workable.

PRM: There are a lot of very smart people who say extrasensory perception is a hoax.

JR: Well, in some instances those experts would be correct. However, what I’ve noticed is that many who seek to invalidate ESP don’t really understand what it is they’re trying to disprove. They construct experiments that cannot succeed. There’s also often an agenda. A lot of fear and disdain that fuels rationalizations that minimize positive results. I’m no longer concerned with such things though. I’ve come to understand ESP as a natural function of consciousness that shows itself in both paranormal and completely ordinary ways. It’s the illogical beliefs and exotic personalities often associated with ESP that deserve scrutiny in my view.

PRM: What makes you so sure ESP is real?

JR: At this point, repeated undeniable personal experience. But my favorite quote that speaks to the validity of ESP comes from the book The Reality of ESP by Dr. Russel Tarq. In that book, UC Davis statistics professor Jessica Utts, who was commissioned by the CIA to review 20 years of classified remote viewing research concluded, “The SRI data (Strategic Research Institute depicting the existence of ESP) is stronger than the FDA experimental evidence showing that aspirin prevents heart attacks.

PRM: So, speaking of the CIA…

As if by divine intervention a waiter brings our order. After the interruption, Jack deftly changes the subject. I redirect him.

PRM: I heard a radio interview some years back addressing a rumor you have links to the intelligence community. Care to comment?

PRM: Seems odd that a major Hollywood movie studio would hire you as an expert on psychic spies to help promote the feature film PUSH if you had no familiarity with the subject.

JR: I have clients in various professions. For many, it’s surprising that educated high-functioning people use services like mine but they do. That’s all I have to say about that.

PRM: You had a platform to speak directly to the Russian people. Why did you predict Russian involvement in North Korea in a way the American government would not like?

JR: It’s what I saw. I was just being honest. I first discovered my mind is attuned to geopolitical events when I predicted the invasion of Georgia by the Russian Army for the Associated Press.

PRM: But right now, given the political climate, why say something so controversial?

JR: Well, I didn’t think it controversial. I’ll admit, there was a moment when I was worried about how what I clairvoyantly saw would be received. But I was literally seeing information that indicated a nuclear conflict in the very near future. I was frightened. If I’m honest though, I was very concerned about sharing such information. The reason I spoke so frankly was I thought maybe, at the risk of sounding self-important, I thought maybe I could do some good. Truthfully, I thought no one would care what I had to say anyway.

PRM: Weren't you making an assertion by speaking directly to the Russian people on their state-run Media?

JR: Does it matter if my speaking up helps avoid armed conflict?

JR: Yes, for years I’ve worked with clients across North America as well as Europe and South Africa. So, having a footprint in New York closer to those time zones makes sense. I’m excited.

PRM: Do you have any predictions for me?

JR: Yes. You will live a long and happy life.

JR: A beautiful dream we all deserve. 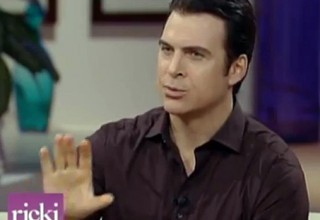 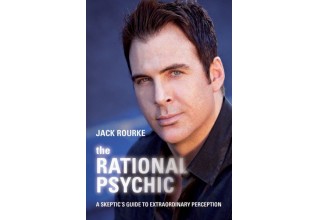 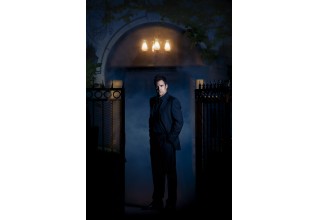 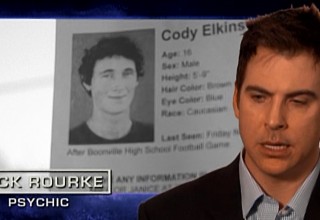