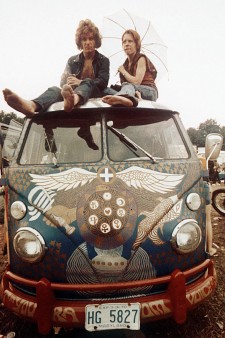 BALTIMORE, June 8, 2018 (Newswire.com) - A documentary producer is teaming up with a Baltimore artist in an attempt to recover a priceless Volkswagen Bus, a lost piece of Woodstock history, in the lead-up up to the festival’s 50th anniversary. The Woodstock Bus project was announced today by Arcadia Content.

The “Light” bus was a 1963 Volkswagen Bus painted by Dr. Bob Hieronimus, a visionary Baltimore artist who worked alongside 60s musical icons.

Known for his “art cars,” Hieronimus painted the bus in the summer of ’69 for friend Bob Grimm and his band “Light” for their trip to Woodstock.

Because of its colorful symbolic paint job (dedicated to world peace), organizers allowed Grimm to bring the bus on-site for the festival.

The bus was photographed by media outlets including the Associated Press and Rolling Stone Magazine and seen by millions.

Five decades later, the “Light Bus” has become one of the most recognizable symbols of the Woodstock era and the inspiration for countless Hippie Buses.

The problem? In a true “hippie moment,” neither Grimm, Hieronimus or anyone else can recall exactly where they left the bus …

After six months searching VW clubs, events, fields and junkyards across America, it became clear to Chisholm that Dr. Bob would need a new canvas. The bus is lost. Most likely rusted into the ground near a commune in Baltimore.

But the search for the matching bus is proving nearly as difficult as finding the original.

Chisholm says they are relying on help from bus enthusiasts around America.

The response has been supportive.

“There’s really something of the spirit of Woodstock in modern VW Bus culture,” says Chisholm.

He’s helping raise restoration funds by offering artworks and rides in the bus through Kickstarter.

Supporters have already donated over $55,000 to the project. It will take $35,000 to complete the Kickstarter funding.

They plan to finish the restoration and painting by the fall of 2018.

Then, the new “Light” bus will hit the road to VW events, taking the long way around America back to Woodstock.

After the Woodstock 50th, Dr. Bob will be looking for a "forever home" for the bus so that as many people as possible can enjoy this amazing piece of history. 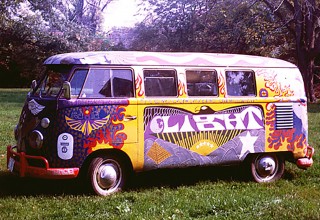 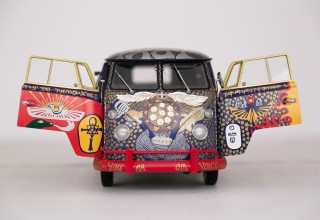 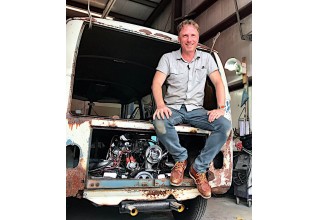 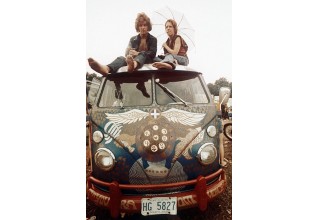 Arcadia Content produces factual TV programming. Arcadia's work has won two Canadian Screen Awards, a 2013 Emmy nomination and dozens of other awards. You can see our series and specials on Discovery, National Geographic and History TV.