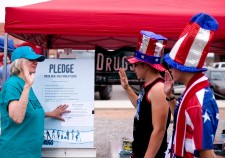 MOUNTAINAIR, N.M., July 7, 2018 (Newswire.com) - The community of Mountainair, at the foothills of the Manzano Mountains in Torrance County, New Mexico, burst into celebration June 30 at their Firecracker Jubilee. The town hosted a parade, an antique car show and numerous booths offering food, activities, art and information as part of its Independence Day celebration.

The Foundation for a Drug-Free World was there offering free drug education materials and helping youth and adults pledge to lead drug-free lives. They also encouraged them to help their families and friends learn the truth about drugs.

Among those taking the Drug-Free Pledge were a local mayor and district court judge as well as several other local community leaders.

It was recently reported by the New Mexico Department of Health’s Indicator-Based Information System (NM-IBIS) that Torrance County has a drug overdose death rate of 25.9 out of every 100,000 people. This is higher than the drug overdose death rate in New Mexico overall (24.6) and significantly higher than in the U.S. average (16.4). The New Mexico figures, which have more than tripled since 1990, reflect a steady rate of deaths from illicit drugs and a dramatic increase in deaths from opioid pain relievers and other prescription drugs.

The Truth About Drugs series of education booklets give readers the facts about drugs including their short and long-term effects, what they are made of and what users themselves experience. The booklets cover alcohol, marijuana, crystal meth, heroin, cocaine, LSD, Ritalin, painkillers, prescription drugs, synthetic drugs, crack and ecstasy.

These booklets and award-winning public service announcements and documentary DVD, Truth About Drugs: Real People, Real Stories, are the major components of the Foundation’s drug education kit, that also includes a curriculum, online courses, and additional information about the Truth About Drugs program. It can be ordered free of charge through the Drug-Free World website.

The Drug-Free Pledge and the booklets may also be downloaded for use by teachers, families, youth groups and community organizations.

Drug-Free World partners with civic and nongovernmental organizations including more than 1,200 police departments in the United States. Through its worldwide network of volunteers and partnerships, it has distributed more than 80 million copies of The Truth About Drugs booklets since these were first published in 2006. 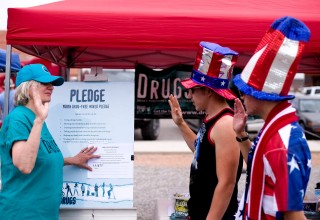 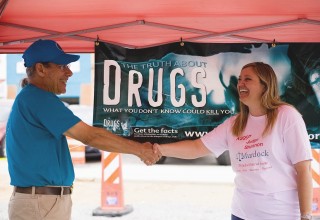 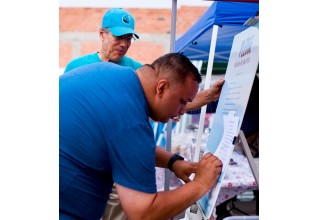 Join the Scientology Network in Celebration of World Literacy Day
Literacy is essential for work and prosperity. Illiteracy holds the individual back and limits their choices in every aspect of life. The Scientology Network's Voices for Humanity original series shares the stories of humanitarians who are dedicated to addressing this vital issue.
Scientology - Sep 8, 2021

Scientology Haiti Disaster Response Volunteers Team Up With Local Clinic to Provide Help
Nurses, who arrived in Les Cayes from Carrefour last weekend, are caring for injured survivors of the August 14 Haiti earthquake at a clinic in Camp-Perrin, a commune in the Les Cayes Arrondissement.
Scientology - Sep 2, 2021
Newswire