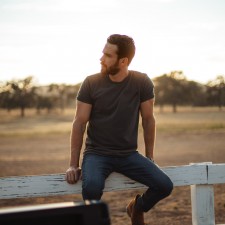 The YouTube video “Kath Perry Falls In Love With Trevor Holmes On American Idol” has over 17 million views. View here.

Trevor serenaded the judges with Brett Young’s “In Case You Didn’t Know”, which won him a Golden Ticket to Hollywood, which isn’t far from his hometown of Thousand Oaks, California.

“I sat down my songwriting buddies (The Country Boys), and we had been batting around some different ideas. I remembered hearing a saying a long time ago, 'God took his time on you,' and I thought, whoa, that’s a song lyric if I’ve ever heard one. The song is about that moment when you look at someone and you think to yourself, whoever created this person took a little extra time because they truly are something special.” –Trevor Holmes

Click to listen to “Took His Time (feat. The Country Boys)”, free on SoundCloud