Alejandro Gonzalez Arriaga's New Book "Uprising: Shadow's Origins" Is the Tale of a Religious Sect Ruling the US and What Happens When an Assassination Attempt Goes Awry.

Newest publication "Uprising: Shadow's Origins" from Fulton Books author Alejandro Gonzalez Arriaga is a harrowing tale of a religious government that has taken control of the United States and the after effects of an assassination attempt gone horribly wrong. 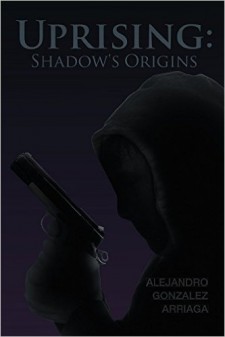 New York, NY, May 27, 2016 (Newswire.com) - Alejandro Gonzalez Arriaga, a theater arts major at Santa Monica College, has completed his most recent book “Uprising: Shadow's Origins”:  a gripping and unexpected story that tells of a man who must deal with the consequences of failed mission and responsibility of protecting the woman he loves.

Alejandro has always been very creative. He says, “One thing that everyone knows me for is having an active imagination. Over the years, I have always created and thought of bizarre characters, but they were all short term. Shadow is the only one I have ever put very much thought into. I wanted to expand more on Shadow and thus created this book and the upcoming ‘Uprising’ series.”

Published by Fulton Books, Alejandro Gonzalez Arriaga’s book begins in the year 2016, and a religious government known as The Enlightened has taken over the United States. They have established laws to enforce their religious beliefs.

Alex, an assassin of the Red Blade Clan, takes part in their biggest mission yet: Killing the Grand Priest of The Enlightened. But everything takes a turn for the worst when the operation fails. Alex must now deal with the consequences and protect the woman he loves as his world starts to fall apart.

Readers who wish to experience this mesmerizing work can purchase “Uprising: Shadow's Origins” at bookstores everywhere, or online at the Apple iTunes store, Amazon, Google Play or Barnes and Noble.

Jackson Reap's New Book 'The Future is Watching' Focuses on Mental and Emotional Successes of Parenting, Teaching, and Learning
Fulton Books - May 11, 2020

Harv Allen's New Book 'Poems of Nature, Dreams, Memories, and Life Thoughts From Within' Brings Out Profound Verses About the World, Nature, and the Mind
Fulton Books - May 8, 2020
Newswire