Albuquerque Youth Armed With the Truth About Drugs 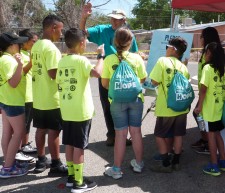 ALBUQUERQUE, N.M., June 22, 2018 (Newswire.com) - Albuquerque youth aged 9-12 attended a full week of summer camp activities at “Camp Fearless,” organized by the Albuquerque Police Department. The program included drug education on the final day, provided by the New Mexico chapter of Foundation for a Drug-Free World. The camp was held this month at Valley High School and another week-long camp is scheduled for July at the Albuquerque Boys & Girls Club.

Providing drug education at the camp is a vital activity as shown by recent statistics: U.S. Substance Abuse and Mental Health Services Administration reports that over 10 percent of New Mexican adolescents age 12-17 say they are using illicit drugs. The New Mexico Youth Risk & Resiliency Survey reports more than 50 percent of students in grades 9-12 know of an adult who has used drugs. This survey also finds that New Mexico has the highest rate of alcohol-related deaths in the country and the second-highest rate of drug-overdose deaths.

As the summer campers were winding up their busy week, they stopped by the foundation’s Truth About Drugs display and made a pledge to be drug-free and to help their families and friends find out the truth about illicit drugs.

Each was given the series of The Truth About Drugs booklets. The booklets cover the most commonly abused drugs — heroin, crystal meth, marijuana, alcohol, cocaine, crack, LSD, synthetic drugs, inhalants, Ritalin, prescription drugs and painkillers. They do not simply tell youngsters “just say no” — they provide factual information on what these drugs consist of, how they affect people short-term and long-term, and what the drug street names are. The booklets include personal stories and are filled with information youth and adults need to know in order to make an informed decision not to use these drugs.

The first booklet in the series, The Truth About Drugs, presents an overview of each of these drugs and explains what a drug really is and why people take drugs in the first place.

To help the youths distinguish between what is and is not true about these drugs, they were also given copies of the award-winning Truth About Drugs: Real People, Real Stories documentary on DVD. The film features former addicts who are now passing on what they learned so others can avoid going down the same path. The DVD also features a series of short ads called “They Said…They Lied,” which dispel the most common lies spread about drugs.

All of the Truth About Drug booklets can be downloaded from the Foundation for a Drug-Free World website. The DVD can also be viewed online along with additional information and free online courses. A complete Educator’s Kit for those providing drug education to youth age 11 and up can also be ordered on the site.

Drug-Free World partners with civic and nongovernmental organizations including more than 1,200 police departments in the United States. Through its worldwide network of volunteers and partnerships, it has distributed more than 80 million copies of The Truth About Drugs booklets since these were first published in 2006.

After extensive social research, author, humanitarian and Scientology founder L. Ron Hubbard called drugs “the single most destructive element present in our current culture.” The Truth About Drugs is one of the worldwide humanitarian programs supported by the Church of Scientology. 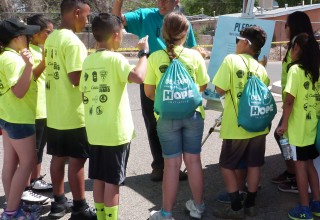 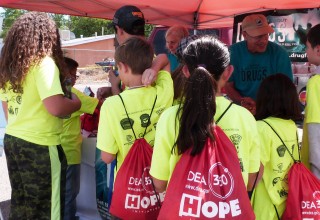