It was about life and death, states Meladul Haq Ahmadzai, CEO of Taleam Systems, regarding Ashraf Ghani's political departure from Afghanistan last month. 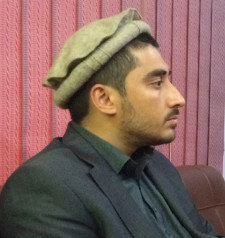 OTTAWA, Ontario, September 24, 2021 (Newswire.com) - It was about life and death, states Meladul Haq Ahmadzai, CEO of Taleam Systems, regarding Ashraf Ghani's political departure from Afghanistan last month. He says, "We were told to wait, and wait, but there was no sign of the president active in the media, thus he made a sound decision to flee and choose life and not death."

Taliban captured the city of Kabul on Aug. 15, 2021, after the fall of the eastern province to the group. Following the complete government collapse, everything closed down including stores, banks and government institutions, according to media reports.

While in Qatar, Doha, prior to regime change, the Taliban made commitments, which include managing the humanitarian crisis, not destroying technology infrastructure, and preventing civilian casualties.

Today, former President Ghani is in the UAE under asylum protection while the country is in chaos. The former president said on his Twitter that he left the country because he did not want history to repeat itself and that he is ready to be questioned about any corruption matter.

Meanwhile, the humanitarian situation and abuse of human rights in the country have reached more of a climax than ever before and is expected to rise. According to recent statistics as of today, some 600,000 people are internally displaced in Afghanistan.

The first thing the Taliban did when they captured Kabul (the capital city of Afghanistan) was search for Ghani in the presidential palace.

Afghanistan has been dealing with foreign manipulated war for the last four decades under different brands; first was the Soviet occupation, and after that was the U.S. imposed war which ended last month.

Ahmadzai states now the world is obligated to build Afghanistan from the ground up. He says, "interested countries can still contribute by providing their resources to rebuild the war-torn nation once again."

Meladul Haq Ahmadzai is the CEO of Taleam Systems (a technology company in Ottawa-Canada). Ahmadzai often comments about war and peace in Afghanistan. To learn more about his company, visit www.taleamsystems.com.