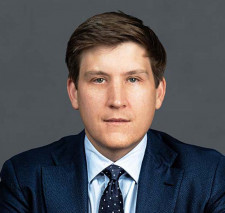 DellaBetta had served as the Deputy Chief of the Violent Crimes and Gangs section for the United States Attorney's Office in the District of Maryland.

"We're thrilled to have Matthew on our team," said Bob Kelley, founding partner of the firm, which focuses on catastrophic injury and wrongful death cases. "He brings exceptional trial skills and he's incredibly smart."

DellaBetta earned his J.D. from top-ranked UCLA School of Law, where he won both the moot court and trial advocacy tournaments. He also served as an editor of the Journal of International Law and Foreign Affairs.

Kelley | Uustal (www.kelleyuustal.com) is a Fort Lauderdale-based law firm focusing on catastrophic injury and wrongful death. The firm can be reached at (954) 522-6601.