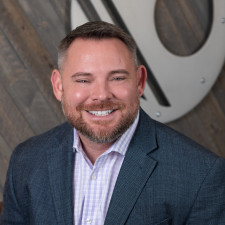 HOUSTON, May 4, 2022 (Newswire.com) - Chris Bentley, the former President and CEO of Bellatorum Resources (Bellatorum), an investment management firm that specialized in Texas oil and gas royalties and mineral rights, has launched a book called "Burning Bellatorum: The Story of a Forty Million Dollar Fraud and its Priceless Lessons for Investors and Entrepreneurs," detailing the $40 million fraud he committed running his company.

Although Bentley self-reported his actions to the Federal Bureau of Investigation, Department of Justice, and the Securities and Exchange Commission, he has not, to date, been charged with any crime. Investigations are currently still ongoing.

The 183-page book, written by Bentley, provides a detailed and brutally honest blow-by-blow account of how he committed fraud. Private investors, family offices, investment fund managers, lenders and other businesses were directly impacted by Bentley's activities.

The book provides invaluable lessons for those entrusted with financial management and investment and reminds them of their core fiduciary responsibilities. It also aims to advise readers how to preserve their wealth, efficiently scale their businesses, identify management irregularities, and prevent fraud.

All post-tax proceeds generated from the sale of the book will be turned over to either federal authorities or investor trustees once court-ordered restitution details have been provided so those investors impacted by the fraud can be compensated for their loss.

Explaining why he wrote his book, Chris Bentley said, "I am deeply remorseful for what I have done and my objective in writing the book was threefold. First, I wanted to send a harsh warning to anyone contemplating doing what I did and tell them that it is just not worth it. I know that it is very easy to go down the wrong path with good intentions, and I want to prevent people from making the same mistakes that I made. Secondly, I want to protect investors from falling victim to the activities that I implemented. Finally, I wanted to try and find a way to pay back investors. They have lost so much and I want to make things right."

Bentley misappropriated funds meant for direct investments, opting to use the money to cover operational expenses at his company. He also lost all his own assets during the fraud by leveraging his house, cars, and personal investments to keep the company afloat. Bellatorum Resources ceased operations on April 9, 2021.

He explains what happened: "After experiencing about three and a half years of massive success and growth at Bellatorum, things started to go downhill. We had some internal operational hiccups that affected our ability to generate revenue, and then the oil and gas industry hit a downturn. In early 2019, I started lying to investors and committing fraud to survive and cover our various investment and operational overheads. Eventually, everything spiraled out of control and I turned myself into the feds when my conscience got the better of me."

Burning Bellatorum is currently available via Amazon in print and Kindle e-book formats. The audio format will be available on Audible by the end of May 2022.

For more information or to schedule an interview with Chris Bentley, please email: evan@fortresscomms.com

Prior to his brief wayward period, Chris lived a full life in service to others. After graduating from high school, he joined the Marines for 14 and a half years. After leaving the Marine Corps, Chris moved to Houston and got his first job in the oil and gas industry. During this time, he was very active as a volunteer in his community, helping with ministries at his church, and coaching youth soccer at two different recreational leagues. Chris has also been very active supporting the Veteran community in Houston and beyond.