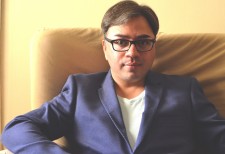 Dubai, United Arab Emirates, October 7, 2016 (Newswire.com) - The controversial decision to pardon one of Afghanistan’s most notorious warlords, who’s alleged offences include terrorist attacks and war crimes, has inspired an Afghan musical artist to pen and produce a song in protest. Gulbuddin Hekmatyar was pardoned by the Afghan government in September and Shuja Rabbani has released a song entitled ‘Butcher of Kabul’ in response.

Hekmatyar has previously held political offices and the agreement could mean a return to both public and political life for him. The agreement now means that there is a peace deal between the Afghan government and Hekmatyar’s militant group Hezb-i-Islami. Rabbani, who is Afghanistan’s most influential social media user on Twitter, is among those objecting the decision. The release of Rabbani’s song, entitled after Hekmatyar’s infamous nickname, aims to act as a sign of peaceful protest to highlight the distrust and betrayal those that disapprove of the move feel towards the Afghan President Ashraf Ghani’s decision.

"The hypocrisy of Afghan President in Afghan Conference in Brussels - on one hand talking women's rights, on another making peace with most misogynist figure known to Afghanistan such as Hekmatyar?!"

Following two-day Brussels Conference on Afghanistan that concluded on Wednesday, Rabbani tweeted in protest, “The hypocrisy of Afghan President in Afghan Conference in Brussels - on one hand talking women's rights, on another making peace with most misogynist figure known to Afghanistan such as Hekmatyar?!”

Rabbani also criticized Federica Mogherini, High Representative of the EU for Foreign Affairs and Security Policy, for her remarks on welcoming the peace process by remaining silent on Hekmatyar’s war crimes by tweeting, “I'm shocked to see @FedericaMog welcome peace with Hekmatyar during the Afghan Conference. Has she seen the faces of victims of acid attacks by HIA?” making a reference to Hekmatyar's political party.

The music track begins with the sounds of explosions, sirens and children crying to reference and serve as a reminder the volatility and terror that the country of Afghanistan has experienced in recent decades. Rabbani is among Afghanistan’s most recognised English bloggers and social media influencers, he regularly comments on issues affecting his home country and wider trends through his blog and music.

Shuja Rabbani is the son the former President of Afghanistan Burhanuddin Rabbani. In his spare time Shuja pursues his passion for music production.

Rabbani Records is the first ever Afghan-owned record label on Beatport - the leading online music platform for DJ's and musicians from around the globe. Follow hashtag #EDMA on social media.