The EL Cid dinner theater in Los Angeles, CA located at 4212 Sunset Boulevard is proud to host the premiere of singer-songwriter Randi Driscoll's very special new music video "The Rest" directed by Ryan Forbes on Wednesday, April 27 , 2016. Doors will open at 7pm, followed by music at 7:45, the screening at 8pm and an after party on the patio at 8:30pm. 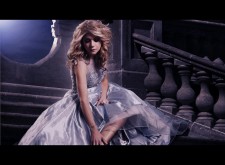 Los Angeles, CA, April 20, 2016 (Newswire.com) - Randi Driscoll has been performing since she was three years old and writing songs since she was ten years old. Her earliest memories involve being brought on stage as a small child, along side her dad as he was often coaxed by friends to share his deeply rich voice at clubs and restaurants. Her mom would play piano. From those humble beginnings, Randi has blossomed into a rare breed of raw earthly talent in today’s oversaturated music market, filled with vapid would be American idols.  She is a poignant singer-songwriter hearkening to the likes of Edie Brickell, Natalie Merchant and Norah Jones, with the innate ability to tell heartfelt stories through her music that resonant on an individual scale, connecting with each listener in a unique way. Hearing a Driscoll melody is as personal and charming as her live intimate acoustic performances, where one feels they are being serenaded to alone, though in the mist of many people.

After performing at numerous large venues, halls, cabarets and sharing the stage with the likes of such inspired musicians as Pat Benetar, Dar Williams, Bruce Hornsby, Bonnie Raitt, Jason Mraz and Dave Koz, Driscoll will be releasing her upcoming dynamic CD  Glass Slipper,   produced in part, by Grammy winner Larry Mitchell and Noah Heldman, in May. However, those in the know, good music aficionados, critics and  newcomers, will first have the opportunity to sample the latest creative efforts of Randi Driscoll at the music video screening of “The Rest”, on Wednesday,  April 27. So be there!

However, those in the know, good music aficionados, critics and newcomers, will first have the opportunity to sample the latest creative efforts of Randi Driscoll at the music video screening of "The Rest", on Wednesday, April 27. So be there!

For More on Randi Driscoll and her music please visit www.randidriscoll.com

Trevino Enterprises is a Marketing & Public Relations Firm. We specialize in the General, Urban & Latin Markets.

The Future of Pop, Dayna Pleasant, Debuts Her New Single 'Kill My Vibe'
Dayna Pleasant, the young American singer, dancer, and aspiring actress, is about to mark the pop music industry's world with her own distinguished and original style. "Kill My Vibe," her most recent single, is slated to release on Feb. 2, 2020, through Innocent Records, distributed through Trevino Music Group/Ingrooves.
Trevino Enterprises - Feb 2, 2021

Tune in via Zoom With Ellen Morano the 'Healer of Healers' on Her Daily Meditation 'Twin Hearts and Self-Pranic Healing'
Clear energetic emotional blockages caused by stress on your health, spiritual life, relationships, productivity, and mental focus. "Meditation on Twin Hearts & Self-Pranic Healing" is a powerful yet simple meditation practice that originates from the Philippines, but it is practiced worldwide. It is a perfect ritual for finding inner peace, calming emotions, sharpening minds, reducing stress, and improving relationships at home and workplace.
Trevino Enterprises - Jan 26, 2021