A Year for Human Rights Begins in Amsterdam

AMSTERDAM, January 19, 2018 (Newswire.com) - The Church of Scientology Amsterdam’s expansive new home at Wibautstraat 112 on the city’s Knowledge Mile was the perfect venue for the launch of 12 months of human rights activities to raise awareness of the Universal Declaration of Human Rights in its 70th anniversary year.

Those attending were introduced to United for Human Rights (UHR), a human rights initiative supported by the Church of Scientology. The program is active in 192 countries and partners with 1,500 groups and organizations.

It is vital that all thinking men urge upon their governments sweeping reforms in the field of human rights.

Humanitarian and Founder of the Scientology Religion

The Director of Public Affairs for the Church briefed those attending on the Universal Declaration of Human Rights and the Church’s plans to greatly increase awareness of the document over the coming year. She screened The Story of Human Rights, an award-winning documentary that presents the history of human rights and its state in the world today. The film is one of the key elements of the United for Human Rights educational initiative.

Guests were then invited to visit the Church’s Public Information Center for refreshments and to watch public service announcements that describe each of the 30 articles of the UDHR.

Next was a presentation by a representative of Human Rights Without Frontiers on the state of human rights and particularly freedom of religion in Europe, the Middle East and Asia, where he has traveled extensively on anthropological studies. 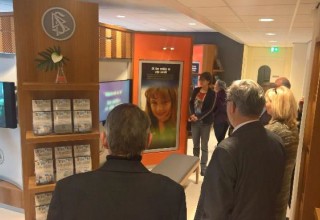 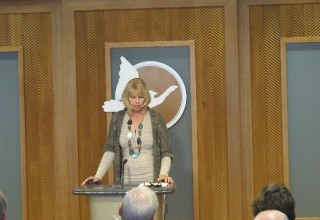