A Slice of Scientology History—Phoenix, Birthplace of the Religion

An article in the history section of Arizona Republic Magazine features L. Ron Hubbard's home in Phoenix and its historical significance. 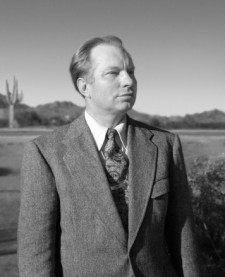 Phoenix, Arizona, May 14, 2016 (Newswire.com) - In an article in Arizona Republic Magazine,  ​Eric Vondy Programs Coordinator, Arizona State Historic Preservation Office,  takes readers back in time to Phoenix in the 1950s and the birth of the Scientology religion. He begins a few years earlier, with the publication of Dianetics in 1950.

“As Dianetic groups began popping up around the country, Hubbard lectured widely and even opened Hubbard College, dedicated to his teachings, in Wichita in 1951. In 1952, Hubbard relocated to Phoenix….”

Mr. Hubbard’s time in the Arizona capital represents a watershed era in Scientology history. It was here, in 1952, that he isolated and identified the human spirit, resulting in the transcendence of the new movement into the realm of religion.

At the June 2012 Grand Opening of the new Ideal Church of Scientology of Phoenix, only blocks from Mr. Hubbard’s former Phoenix home, Mr. David Miscavige, Chairman of the Board Religious Technology Center and ecclesiastical leader of the Scientology religion, dedicated the new Church in the name of “an undying pledge to uphold that rare spirit of competence, compassion and benevolence with which L. Ron Hubbard originally founded Scientology.”

Vondy writes, “Scientology was established by creating its ecclesiastical framework and defining its principles in the two years Hubbard lived [in Phoenix].”

“In 2000 the Church of Scientology purchased the ranch house. Based on photographs taken at the house during the time Hubbard lived there, the church painstakingly restored the heavily altered property’s appearance back to how it looked in the early 1950’s. In 2006 the project won a Governor’s Heritage Preservation Honor Award for its exemplary work in restoring the property.”

Visitors to this L. Ron Hubbard Heritage Site step back in time, as the Camelback House looks exactly as it did when LRH lived there. All furnishings were recreated with each detail perfect—down to the drapes and slipcovers exactly matching the original fabrics. The vintage green Buick 8 parked in the carport is in pristine condition and looks precisely as it did in original photos.

"The exact historical philosophy driving the restoration called for remaining true to the look and feel of the original home while using modern materials that are longer lasting and able to withstand the potential wear from interested guests for years to come. Original construction methods were extensively researched and modern materials and methods used to duplicate them. The wall plaster pattern is the original, created with modern drywall materials. The paints are the exact original colors but with modern formulas. The kitchen cabinetry exactly matches the original but with modern cabinet-making methods and materials. Infrastructure such as plumbing, electrical and insulation were replaced with materials meeting current codes.

Two years of exhaustive research into the house and its furnishings included reviewing thousands of photos in archives, all existing archived documents and contacting founding Scientologists who were there at the time.

Many additions and changes made to the original structure through the years added to the challenge of the restoration. For example, the northwest window had been turned into a fireplace, the south wall was moved north to enlarge a bedroom, and the front entrance was relocated. By inspecting the floor, the exact initial wall, door and closet marks were found and every room was restored to its original configuration.

"But it is not only the authenticity of the rooms that impresses those visiting this historic site — it is the magnitude of what occurred within these walls. Here, Mr. Hubbard authored five seminal works on the subject of Scientology. The first editions of these Scientology books are on display along with copies of the nearly 600 lectures he recorded in Phoenix.

Vondy ends his article by bringing the reader full circle to today: the worldwide presence of the Scientology religion and universal respect for its founder.

“Along with people like Abraham Lincoln, Walt Disney, Mark Twain, and Howard Hughes...the Smithsonian listed L. Ron Hubbard as one of the 100 most significant Americans of all time.”

The historic L. Ron Hubbard House at Camelback will be featured as an official tour site for attendees of this June's 2016 Arizona Historic Preservation Conference.