A Race Against Drug Abuse in Taiwan

Volunteers from the Church of Scientology Taiwan team up with Lions Clubs International and the Kaohsiung Education Bureau to raise awareness of the dangers of drugs.

KAOHSIUNG, Taiwan, April 9, 2018 (Newswire.com) - More than a thousand participants and fans took part in an anti-drug road run in Kaohsiung, organized by the local chapter of the Foundation for a Drug-Free World and Lions Clubs International. The Director-general of Kaohsiung City’s education bureau welcomed the runners to the event.

Officials and nonprofits joined forces in their common purpose to promote drug-free living to the youth of the city.

Drug abuse is of great concern to Taiwan. In an interview last July, Justice Minister Chiu Tai-san, chief executive officer of a cabinet-level anti-drug task force, spoke of the importance of educating young people about the dangers of drugs.

Taiwan’s Foundation for a Drug-Free World chapters stage events like this, train drug education specialists, and bring the program to schools throughout the country.

Last week, the Kaohsiung Drug-Free World chapter held a training session at the Church of Scientology. In Taichung, the local chapter introduced the program to more than 100 students at a Dong-Hai University Safe Campus event. They bring drug education to hundreds of children in schools each week throughout the year. 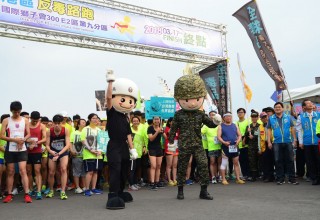 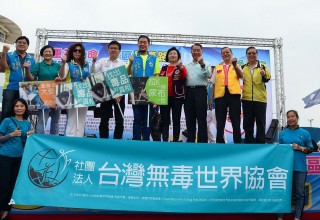