A Powerful Story of Morality: Mika Chanell Releases Debut Coming of Age Novel "Just as the Sky is Blue" 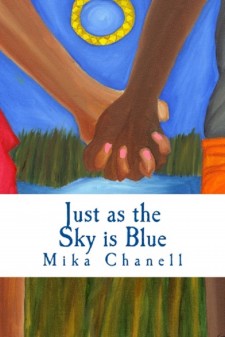 RALEIGH, NORTH CAROLINA, August 24, 2017 (Newswire.com) - JUST AS THE SKY IS BLUE is a powerful, compelling young-adult drama that spotlights human nature when confronted with a moral dilemma, illustrating the often less-than-clear distinction between following an honorable path and not standing up for truth in the face of opposition.

MIKA CHANELL has completed her debut novel JUST AS THE SKY IS BLUE: a gripping thought-provoking tale of a young teenage girl who grows up fast when her mother agrees to play a central role in a sensational murder trial that tears her Pennsylvania town apart.

In JUST AS THE SKY IS BLUE, Gemini Berry is looking forward to spending a lazy summer in her small hometown of Meadow Lake, Pennsylvania, with her best friend, Sunny.  The teens’ are obsessed with getting their hands on the “Ring of Atlantis,” a legendary charm destined to bring the owner wealth.  But their carefree caper is soon halted by a crime that outrages and divides the town.  Charles Wilkes, a prisoner at the local penitentiary has been killed by the warden, Hugh Luther.  Gemini’s mother, Geraldine witnessed the crime and swears that Luther stabbed Wilkes in cold blood— but did he?  Geraldine agrees to testify against Luther, maintaining that he did indeed murder Wilkes and she refuses to backdown— but will her family survive the escalating threats leading up to the trial?  The truth about what happened that fateful night forces Gemini to learn more about humanity than she bargained for.

MIKA CHANELL is the author of her debut novel, JUST AS THE SKY IS BLUE.  She loves writing and uses her talent to explore the integrity of human character.  She resides in Raleigh, North Carolina with her family.

JUST AS THE SKY IS BLUE is available at bookstores everywhere, Amazon.com, Apple iTunes, or Audible.com 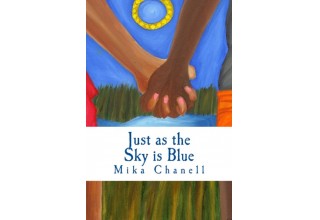 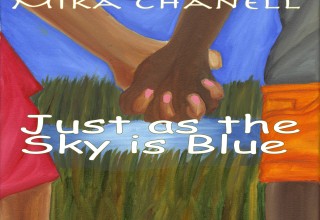