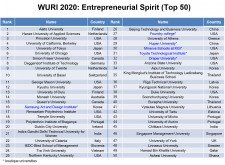 GENEVA, Switzerland & SEOUL, South Korea, June 16, 2020 (Newswire.com) - The World’s Universities with Real Impact (WURI), which aims to discover innovative universities that prepare for the world in the fourth industrial revolution through new education and research efforts, released its first ranking on June 11, in both Switzerland and South Korea.

The WURI ranking online conference was co-hosted by the four institutions of the Hanseatic League of Universities (HLU), the UN Institute for Training and Research (UNITAR), Franklin University of Switzerland, and Institute for Policy and Strategy on National Competitiveness (IPSNC).

WURI, the first global innovative university ranking, was created to stimulate and evaluate universities’ flexible and innovative efforts to foster the workforce that meets the demand from industry and society. The WURI ranking is composed of the global top 100 and top 50 in each of these four areas: Industrial Application, Entrepreneurial Spirit, Ethical Value, and Student Mobility and Openness.

While traditional ranking systems heavily weigh on the quantitative metrics for evaluating universities, such as the number of journal publications and the employment rate of graduates, WURI accounts for the more qualitative aspects by evaluating the innovative programs of universities.

Moreover, unlike the traditional rankings that evaluate only the accredited traditional type of universities, WURI attempted to reflect the perspective of the younger generation of students. As a result, the innovative schools, which are popular among the young generation, such as Minerva Schools at KGI (5th) of the U.S., Singularity University (16th) of the U.S., Ecole 42 of France (17th), and SADI of South Korea (68), are included in the global top 100.

The overall result of this new approach showed Stanford and MIT as the first and the second in the ranking, with Aalto University that leads innovation in Europe following close as the third, and Arizona State University of the U.S. as the 7th, which has been lauded as an excellent case of an innovative university in the U.S.

In the global 100, 32 universities from the U.S., eight from the U.K., seven from China, six from South Korea, five from Japan, four from Germany, three from France, and three from India were included.

In the Ethical Value area, Harvard University ranked the top with the University of Pennsylvania, Ecole 42, Duke University, and Columbia University following in the noted order. 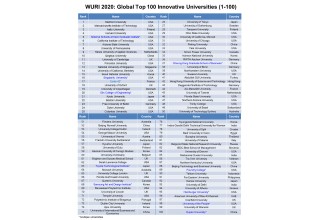 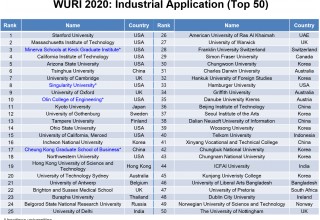 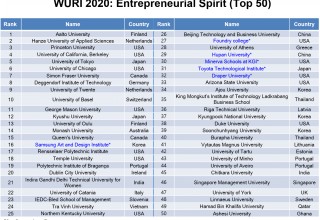 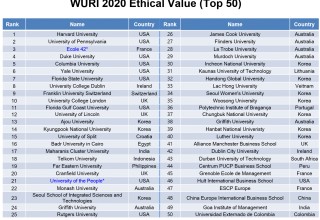 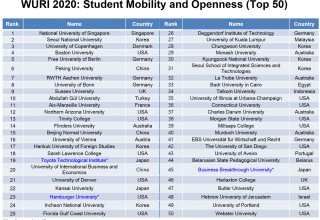 IPSNC is dedicated to global competitiveness research by integrating different approaches from East and West in order to guide governments, businesses, and leaders gain a better understanding of global impact and competitiveness.