A New Patented App Known as S.A.L.T. Could Save Lives Every Day by Preventing Texting and Driving

The S.A.L.T. / Save A Life Texting app aims to save lives and save drivers money by stopping texting and driving. 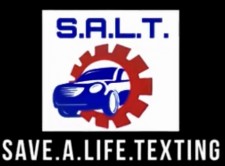 MEMPHIS, Tenn., February 26, 2019 (Newswire.com) - Headline entertainer and musician Ric Steel has received a patent for his new app called S.A.L.T., which is the acronym for Save A Life Texting. The innovative app connects texting to the GPS on a mobile phone and intercepts texts when a vehicle is going above three miles an hour, without disturbing the driver. It immediately sends an automated text response that the person texted is driving and to call if there is an emergency or a prompt reply needed.

Once the driver is stopped, the message is safely displayed making sure that the driver still gets the message. There is also an adolescent version of the app that cannot be removed or unused without notifying the parent. Over 2.5 million people in the U.S. are involved in road accidents each year, according to the website IceBike.com. They indicate that of these accidents, 1.6 million have a cell phone involved in them, which is 64 percent of all the road accidents in the United States.

“The basic app will be totally free to the public. I believe that S.A.L.T. can save 10,000 lives this year alone in the United States. That hardly touches the number of people that will be injured as a result of texting and driving this year worldwide,” says Steel.

“My goal right now is to connect with insurance companies, major telecoms and software management teams to incorporate S.A.L.T. into all devices on all platforms worldwide. The .apk files and all of the source code is finished and in testing. Once I can secure partnerships, the app is ready for release on all android phones, which accounts for 83 percent of the phones in the world. iOS devices will be next.”

The S.A.L.T. app also has other benefits. It has a 911 feature that alerts the police or fire department exactly where the user is even if the distressed person can’t. It also auto-texts anyone that the user has pre-chosen from their contact list and tells them that a 911 emergency has been declared and then will GPS them to where the S.A.L.T. user is for assistance.

The app also has an ER button that will show the closest open emergency rooms and then flashes the best one with the least traffic for their drive and the fewest patients waiting in line. S.A.L.T. helps to facilitate the quickest care possible. Steel believes with the benefits of the app and its focus on safe driving that users will have access to additional car insurance savings when allowing their insurance provider to monitor the app. This savings effectively pays people to not text and drive. "Potentially, this is a win-win situation for all involved,” says Steel.

The app, with its 911 feature and ER button, also has the potential to save lives when someone is not driving, too. If a person falls or is injured and requires assistance, they can use the app to summon help by using the 911 feature and auto-texting relatives or friends for assistance.

Steel is a headline entertainer, vocalist and instrumentalist for about eight months a year, but he spends the rest of his time inventing and promoting his humanitarian concepts and inventions. To date, he has more than 100 concepts, patents and inventions that are ready for production and almost all of his intellectual properties are inexpensive and based on improving the planet.

Steel is also available for interviews, including those for radio and television to discuss the app and its features. To connect with Steel about the new app and opportunities for involvement please, email SaveALifeTexting@gmail.com.

S.A.L.T. (Save a Life Texting) is a new patented app created by musician Ric Steel. The app prevents drivers from driving while texting by connecting texting to the phone’s GPS. It has several features which help drivers stay safer on and off the road. 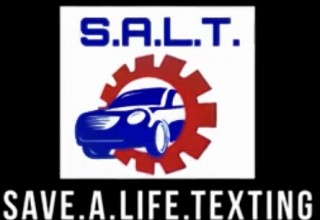 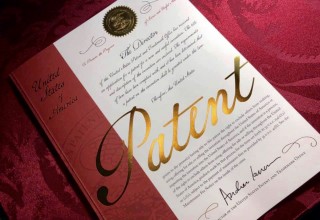 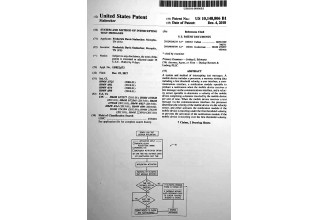 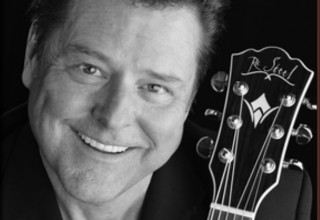