A New Administration and New Hope for South Africa

PRETORIA, South Africa, June 5, 2019 (Newswire.com) - At his inauguration on May 25, South Africa President Cyril Rampaphosa vowed to tackle corruption and rejuvenate the country’s struggling economy. To help him accomplish his goals and ensure a peaceful celebration, volunteers and police officers handed out more than 60,000 copies of The Way to Happiness to those flooding into Pretoria to be part of the historic occasion.

Elected in May, Mr. Ramaphosa initially took over the position in 2018 when former President Jacob Zuma resigned amid accusations of corruption. Ramaphosa’s campaign was based on a platform of honest government and social reform.

“It is time for us to make the future we yearn for,” he told the more than 30,000 gathered at Pretoria’s Loftus Versfeld Stadium. “It is through our actions now that we will determine our destiny.”

Well aware that his election was “a mandate to build a nation founded on social justice,” Ramaphosa stressed the importance of “dealing with each other with honor, dignity and respect.”

These are ideals echoed in the pages of The Way to Happiness, a common-sense guide to better living written by author and humanitarian L. Ron Hubbard, and forwarded by the distribution of the booklets to those attending the inauguration.

Volunteers began arriving the evening before the event and worked through the night and the following day, handing out copies of The Way to Happiness to ensure a peaceful inauguration ceremony.

Morality, honesty, taking charge of one’s own future—these are all strengthened by the application of the 21 precepts of this guide to better living. And they are vital components for building an ethical and productive society.

The Way to Happiness was written in 1981. Immensely popular since its first publication, some 115 million copies have been distributed in 115 languages in 186 nations. It holds the Guinness World Record as the single most-translated nonreligious book and fills the moral vacuum in an increasingly materialistic society. 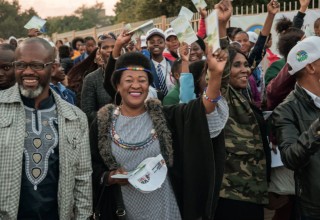 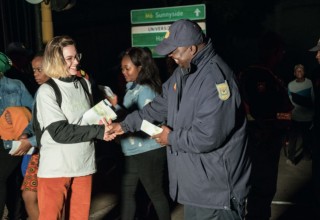 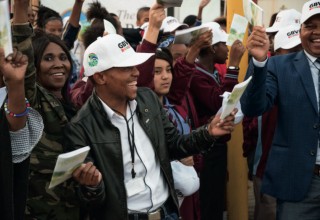 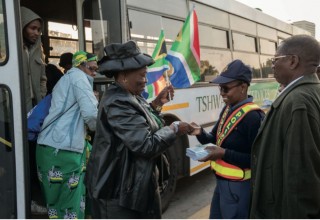