A world-class capital and icon of culture and tolerance welcomes the Church of Scientology to its new home. 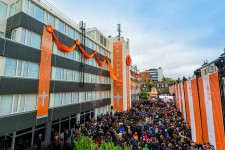 AMSTERDAM, October 29, 2017 (Newswire.com) - Follow the enchanting canals and arched bridges of city center Amsterdam and then wander east into the fast growing, trendy and studious Knowledge Mile and you will hit the fast lane of one of Europe’s creative capitals. The Knowledge Mile represents the advance guard of Amsterdam’s development and a symbol of learning and expansion for this city amidst an exciting renewal.

Indeed, the grand opening of Amsterdam’s new Church of Scientology was an exuberant celebration of knowledge, in both a modern and spiritual sense. So it was, some 1,300 Scientologists and guests gathered on Saturday, October 28, in central Amsterdam, to celebrate the unveiling of a striking new landmark on the area’s central apex—the bustling Wibautstraat.

In commemorating the occasion, Mr. David Miscavige, the ecclesiastical leader of the Scientology religion, declared: “Before that ribbon falls, let’s take a moment to contemplate your place in Dutch history—not to mention mythology. For you are no longer sailing seaward and windward, and you’re no longer skirting headlands homeward. On the contrary, you’re outward bound on a course to eternity itself.”

The grand opening festivities hit nearly every note on the city’s cultural spectrum, from the classic beat of the “Ode to the Amsterdam Canals” to the Suriname drums and electronic rendition highlighting the city’s place in new millennium music folklore. It was also a day heralding diversity and partnership, led by prominent dignitaries representing the collective belief in a stronger Amsterdam as a more together Amsterdam.

Reflecting the social betterment and interfaith traditions of the city, the first Church of Scientology has been active in community-building initiatives since opening its doors in Amsterdam in 1974. Just one example is the Chapter of Citizens Commission on Human Rights, which has been a vital force in protecting the rights of Dutch children. Their presentation to the UN Committee on the Rights of the Child on the overdrugging of the country’s children, resulted in a national mandate to investigate the root causes of the symptoms of ADHD.

Scientologists further combatted drug abuse in the city through the distribution of over 25,000 Truth About Drugs materials, while L. Ron Hubbard’s universal moral precepts in The Way to Happiness have been distributed to the tune of 150,000. The Church is also an active voice in interfaith activities, in which it champions dialogue to bridge differences and increase understanding.

The striking new 79,000-square-foot facility only serves to expand the Church’s footprint in the city and provides a launching point to extend their humanitarian outreach from their prime location, just minutes from the very center of the city by metro, bicycle or car. As such, the 5-story facility is a dazzling new landmark for hope and collaboration to the more than 70,000 commuters daily passing by on Wibautstraat.

In support of the center’s message of partnership were local dignitaries on hand to welcome the Church to its new home, including Mr. Maarten Lubbers, Chairman, Together One Amsterdam; Mr. Michael Van Gils, Senior Police Officer, Dutch Regional Police (Ret.); Ms. Sheela Vyas, Chair of the Women’s Council of Amsterdam; and Ari Van Buuren, Chairman of the United Religion’s Initiative Netherlands.

Maarten Lubbers, Chairman, Together One Amsterdam spoke of the Church as a new member to enhance the institutes of learning, companies and organizations of “the smartest street” in the Netherlands: “Everyone needs a sanctuary that offers solitude and serenity, with yourself and with your family and friends. In life, people experience loss, have tragedies and want and need to reflect. And your new home is like an extension of the street, the doors are open and the people are welcome. And I believe that here everyone will be met with compassion and be greeted with open arms—because this is a center that is genuinely dedicated to inspiring and uplifting our Dutch society.”

Michael Van Gils, retired regional police officer and medical expert, spoke to the CCHR movement and its legacy of defending child’s rights: “With CCHR, I found myself among a crusade of millions. Here was a partner that would not only state something, they would take action. And you did so, on behalf of us all. You went to the National Parliament to tell them, ‘our children deserve better.’ You reached over 2,000 doctors, educators and political leaders with your message and the facts… Thanks to CCHR, child doctors had to warn against the prescription of ADHD medicine—and that is permanent change.”

Ms. Vyas, Chair of the Women’s Council of Amsterdam, highlighted the bright future for Amsterdam heralded by the festivities and The Way to Happiness: “This little book is a very useful tool to empower people to take responsibility for their own lives and the lives of others around them. It inspires them to grow into responsible and loving citizens. And so, it forms a rock to build decent societies upon. In this time when moral standards are decreasing in Holland and elsewhere, people need effective tools to educate themselves… Because true education is not obtaining certificates but having a moral compass to self-empowerment.”

Capping the sense of new beginnings the day celebrated, Mr. Van Buuren, Chairman of the United Religion’s Initiative Netherlands, spoke of the keen relationship between Scientology and spirituality. “There is an ancient Dutch proverb that says: ‘Improve the world and begin with yourself’… We are in need of a counter movement of spirituality, out of loneliness and isolation. And your transformation and educational training deeply contributes. It is all about self-knowledge and spiritual awareness. You offer an important contribution to spiritual awareness and freedom. In the Western culture, rational thinking and spirituality have become separated—and Scientology reconnects them together again.”

The new Church provides visitors with an introduction to Dianetics and Scientology, beginning with the Public Information Center. Its displays, containing more than 500 films, present the beliefs and practices of the Scientology religion and the life and legacy of Founder L. Ron Hubbard.

The Information Center also details the many humanitarian programs that Scientology supports. They include a worldwide human rights education initiative; a far-reaching drug education, prevention and rehabilitation program; a global network of literacy and learning centers, and the Scientology Volunteer Minister program, which has become the world’s largest independent relief force.

The Amsterdam Chapel provides for Scientology congregational gatherings that include Sunday Services, Weddings and Naming Ceremonies. It will also host community-wide events, open to members of all denominations. The facility further includes multiple seminar rooms and classrooms, and an entire wing dedicated to Scientology auditing (spiritual counseling).

The opening of the new Church of Scientology Amsterdam comes during a period of rapid expansion for the religion with 60 new Churches of Scientology from Los Angeles to Tampa, London to Milan, Johannesburg to Tokyo and Tel Aviv to Kaohsiung. Over the past decade, those openings have driven worldwide expansion for the religion to a rate surpassing the previous 50 years combined.

More Church openings are planned in the next 12 months for cultural epicenters in Europe, Latin America, North America and Africa.

View the article on the Scientology Newsroom. 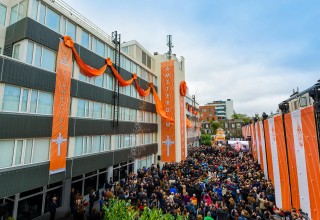 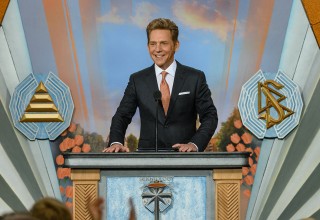 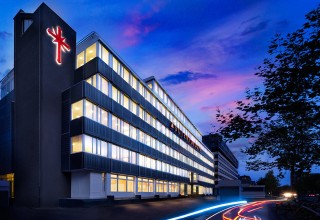 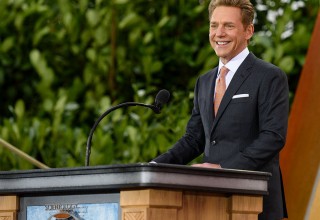 Join the Scientology Network in Celebration of World Literacy Day
Literacy is essential for work and prosperity. Illiteracy holds the individual back and limits their choices in every aspect of life. The Scientology Network's Voices for Humanity original series shares the stories of humanitarians who are dedicated to addressing this vital issue.
Scientology - Sep 8, 2021
Newswire