A Death Valley Run to Raise Money for a Worthy Cause 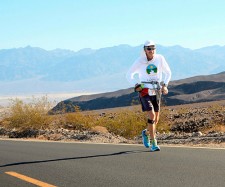 LOS ANGELES, August 30, 2018 (Newswire.com) - In the middle of one of the hottest summers on record, at the age of 64, John Radich finished a 135-mile solo run across Death Valley this year. He began at Whitney Portal Road at an elevation of 8,100 feet and ended in Badwater Basin at 282 feet below sea level — the lowest point in the Western Hemisphere. And he did it in 61 hours.

To survive the run, he pushed a 75-pound baby jogger filled with the supplies he needed to keep on going. He braved scorpions and rattlesnakes, perilous windstorms topping 75 miles an hour and blistering temperatures (in excess of 180 degrees Fahrenheit from the reflected heat on some stretches of asphalt).

I couldn't run across Death Valley on my own without a purpose. My purpose is to help people, especially kids.

John Radich, ultramarathoner and goodwill ambassador for The Way to Happiness Foundation

Why would someone put himself through such an ordeal? To begin with, John is a dedicated ultramarathoner — ultramarathons are races that are longer than a marathon.

He is also a goodwill ambassador for The Way to Happiness Foundation International, a nonprofit organization based in Glendale, California, with chapters in countries around the world. The foundation’s purpose is to instill decency and social responsibility by promoting The Way to Happiness, the nonreligious common sense moral code written by humanitarian and Scientology founder L. Ron Hubbard. In 2011, Radich ran 3,500 miles across America from Santa Monica, California, to Atlantic City, New Jersey, to give kids in towns and cities along the way the chance to grow up without drugs, gangs and violence by introducing them to The Way to Happiness.

He ran his first marathon in 1974 and his first ultramarathon in 1980. Since then, he has raced in 90 marathons and more than 100 ultramarathons, including the Douglas Arizona 6-Day race, where he is the course record holder at 375 miles. In addition to his race across America, he has run across Death Valley 21 times; 4,500 km from Athens, Greece, to Hamburg, Germany; and across the entire continent of Australia.

This summer’s Death Valley race was not without incident. At one point, he was running up Panamint Valley Road. He had 13 miles of a 10 percent grade up-hill before him. “Oh, my God, you can’t run on the up-hills unless you’re a super-human cyborg,” he thought.

He describes his commitment to ultramarathons as a passion. "I thrive on the adventure,” he says. “It’s you versus the environment. Death Valley is the hottest place in the world. Having run for so many years, it’s a God-given gift, but to be able to do it to help a foundation that helps kids stay clear of drugs, and helps them with bullying and helps them to make good choices — I couldn’t run across Death Valley on my own without a purpose. My purpose is to help people, especially kids.

“Some patches were rough; the heat was getting to me. But, you know, the world is tough — people getting shot, overdosing on drugs, there is human trafficking. In my own little way, by doing this, I am making a difference.” 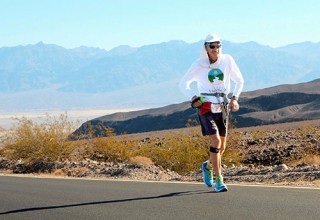 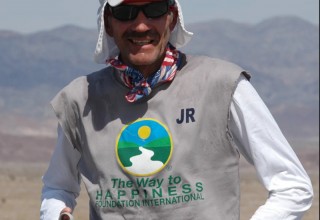 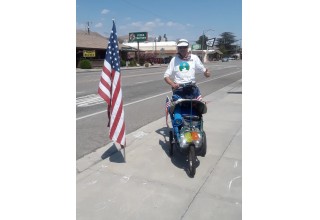