A Child's Death Is Painfully Devastating to Parents Regardless of the Cause. 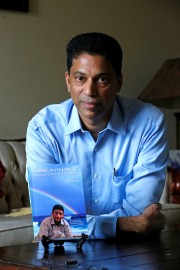 “I do not know how absolutely devastating and painful it must be for a parent to know that their child died as a result of crime. But, having seen my son die from liver cancer at the age of 16, I know that the death of one’s child is one of the most difficult, painful, frightening and horrifying experiences one can go through.” Says Vince Leitao, author and experiential grief student.

Some parents are fortunate to work for organizations that make an effort to understand and be compassionate. But we cannot leave those that are temporarily weakened and rendered vulnerable by as mighty a blow as the death of their child, at the mercy of employers, HR departments and insurance companies. Canadians are inherently compassionate and it should be natural for us to give someone who has had their life and family so abruptly changed a reasonable time to heal and rebuild themselves. The death of a child is painful to parents regardless of the cause of death and to load parents with having to report to work in 10 days or so because ‘it is the law’, is inhumane, inconsiderate, un-compassionate and non-Canadian.

“I have started an on-line petition and request your support for “Jonathan’s Law” – a provision for a 52-week job-protected time-off for parents whose child dies. I believe this is fair, reasonable, equitable, compassionate and lives up to what it is to be Canadian” continued Vince, “please go to http://www.thepetitionsite.com/613/412/412/jonathans-law-a-52-week-bereavement-leave-for-parents./ and support “Jonathan’s Law” named in honor of my son who died at 16.”

Vince Leitao, lives in Richmond Hill, ON after the death of his son Jonathan from liver cancer at the age 16, he has transformed himself into an experiential student of grief. He explores and writes about the inevitability of death while living life fully at the same. He volunteers  at  the  Hospital  for  Sick  Children  in  Toronto,  and  reaches  out  to  parents  who  are experiencing  loss,  grief and pain by talking to them through his own experience that life does not end in but transcends death. He has recently published his first book, “Jonathan, do you know me?” which offers inspiration, hope and enlightenment to all who have lost someone whom they loved deeply. Now, with “Jonathan’s Law” he is leading an initiative to amend the Employment Standards Act in Ontario.

Jonathan, do you know me?