A Bloody Problem: Period Poverty, Why We Need to End It and How to Do It 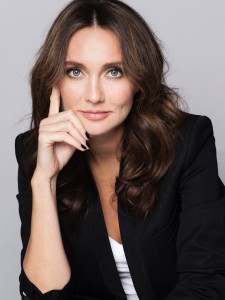 WARSAW, Poland, October 15, 2020 (Newswire.com) - ​​​​​​Kulczyk Foundation, a Polish private family foundation, and Founders Pledge, a community of entrepreneurs committed to finding and funding solutions to global challenges, have launched a new report on period poverty. A bloody problem: period poverty, why we need to end it and how to do it - which reviews the current state of funding and solutions to ending period poverty - finds that there is no unified approach to data collection, fundraising or implementation of period poverty programmes.

The report is part of a new commitment from Dominika Kulczyk, a philanthropist and the richest Polish woman, who provided funding for the report as part of her search for the most efficient and cost-effective programmes addressing period poverty globally. In her efforts to unite the philanthropic resources to fight period poverty, Dominika Kulczyk joins Founders Pledge and their group of individual philanthropists and family foundations coming together to inform and inspire the next generation of philanthropists - The Foundry. This group of visionary donors supports Founders Pledge’s mission to direct philanthropic dollars towards the most effective charities and organisations around the world.

Period poverty has been an invisible issue for years, despite an estimated 1.9 billion girls and women currently menstruating. Menstruation stigmatised is often and invisible, contributing to millions of girls and women worldwide not having what they need to manage their menstrual hygiene, ultimately missing out on education, job opportunities and life quality.

The report reveals the scale and burden of the problem globally, the harms caused by a lack of access to sanitary products, and the effectiveness of activities to tackle period poverty. The report estimates that total current spending on period poverty worldwide is between $10 and $100 million per year - suggesting this is a hugely underfunded issue when comparing it to the total donations to charitable causes which annually are approximately $449.64 billion in the US, and £10 billion in the UK alone.

A bloody problem: period poverty, why we need to end it and how to do it offers a unique perspective on the state of period poverty, but most importantly draws attention to the most cost-effective programmes around the world.

Dominika Kulczyk, Founder and President of the Kulczyk Foundation said,

“Access to complete menstrual health and hygiene is a basic human right. Without it, women and girls cannot pursue full lives with dignity and confidence. It is deeply unfair that girls in all parts of the world miss out on better education, and women on work, because they were too poor to have a period.

“We have neglected this issue for too long, and I’m proud to have worked with Founders Pledge to take the first step towards understanding how we can make the biggest impact, quickly. What’s clear, is the need to unite the international community on global standards for reducing period poverty, and better fund those programmes that deliver the highest impact for women and girls who every month have to choose between a meal or a sanitary pad.

“I invite the international community to join me and work together to end period poverty.”

Eight organisations which are listed as the most cost-effective when it comes to ending period poverty, and which stood out across factors such as a solid theory of change, high quality evidence generation, and organisational strength, are:

●      Days for Girls, headquartered in the US with offices in Uganda, Nepal, Ghana, and Guatemala​

●      Irise International, UK and Uganda based​

●      NFCC, headquartered and operating in Nepal​

●      Population Services International, headquartered in the US, Europe, and Kenya​

●      Sesame Workshop’s Girl Talk program in Zimbabwe​, headquartered in the US

●      Simavi, headquartered in the Netherlands with operations across Africa and Asia​

●      WoMena, headquartered in Denmark and Uganda​

“One of the most important steps in addressing the lack of complete Menstrual Health and Hygiene globally is finding the most effective solutions through rigorous research, and identifying the organisations implementing high-impact interventions. This report takes valuable steps in that direction and I hope it will help donors and governments tackle this issue with a clearer understanding of what barriers must be overcome.

“Founders Pledge is thrilled to team up with Dominika Kulczyk and her foundation to boost the impact of philanthropists working to beat period poverty. Her work and support for women-led projects is a great example of her leadership and philanthropic abilities in Eastern Europe.

“I would like to encourage philanthropists to come together and support Dominika’s movement, especially now that we have a better understanding of the effectiveness of the programmes in this space. With a unified and coordinated approach, I believe we can end period poverty.”

Marni Sommer, Associate Professor of Sociomedical Sciences from Columbia University, who contributed to the report said,

“There has been remarkable growing attention to addressing the menstruation-related needs of girls, women and all people with periods around the world in recent years, however there remains a long way to go. The social and economic impact of COVID-19 also threatens to reverse progress made to address period poverty, along with ongoing stigma around menstruation that hinders girls’ and women’s equal and successful engagement in education, work and society.

“The Kulczyk Foundation’s important review and investment in menstrual health and hygiene not only supports critical efforts to address these issues, but serves as a clarion call to donors and governments that there is much left to do, and collective efforts and resources are needed for rigorous, impactful action going forward.”