Honoring the Contributions of the Legendary Tuskegee Airmen 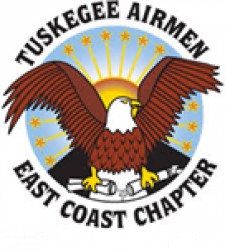 WASHINGTON, March 23, 2022 (Newswire.com) - The official wreath-laying at the United States Air Force Memorial marks the start of the 2022 Tuskegee Airmen Commemoration Day, celebrating the 81st Anniversary of the Airmen tomorrow, on Thursday, March 24. Tuskegee Airmen Commemoration Day, recognized annually on the fourth Thursday in March, honors the accomplishments of these Airmen and pays tribute to the "Lonely Eagles" on this momentous occasion, The East Coast Chapter Tuskegee Airmen, Inc. will celebrate these heroic patriots and acknowledge the national service of Brigadier General Charles McGee and General Colin Powell.

This year's theme: "The Legacy of the Tuskegee Airmen Continues: Black Excellence Rising to New Heights" embodies the spirit of distinction of these noble men and women; captures how their enduring legacy inspires the next generation of scholars. The Commemoration Day Tribute and Fundraiser will be hosted virtually later in the evening of Thursday, March 24 at 7 pm ET. The goal is to generate awareness about the Tuskegee Airmen and raise funds to preserve the mission of motivating, inspiring and stimulating young people's minds to achieve successful careers in the STEM, aeronautics, and aerospace arena.

The Commemoration Day committee can be reached at commemorationday@ecctai.org or call Vanessa Butler, Strategic Partnership and Engagement, at 571-534-7466.

The East Coast Chapter Tuskegee Airmen Incorporated (ECCTAI) is the oldest and largest chapter. ECCTAI serves as the host for this annual Commemoration Day in the nation's Capital. To learn more about funding our programs, to register or donate, visit us at www.ECCTAI.org or www.ECCTAIcommemoration.com.