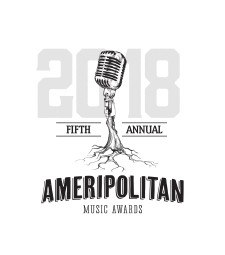 AUSTIN, Texas, August 15, 2017 (Newswire.com) - The 5th Annual Ameripolitan Music Awards moves to Memphis, Tennessee, and the home of Elvis, to The Guest House at Graceland on Tuesday, Feb. 13, 2018, at 8 p.m. Ameripolitan Music Showcases will kick off the celebration's beginning, Saturday, Feb. 10, 2018. Nominations will open to the general public on Friday, Sept. 1, 2017.

"The 2018 awards show will mark a new milestone for the genre," says renowned musician Dale Watson. "Austin has been great to us, but when we first started the awards, the dream was to bring the Ameripolitan Music Awards to different host cities. And for the fifth year, moving to Memphis, the epicenter of roots music, seemed like a natural progression. Every year we strive to take the Ameripolitan Music Awards to a new level, and moving to Graceland seemed like the perfect fit."

As my father, Sam Phillips said many times...'For God's sake, let's don't become conformists'...Ameripolitan is a tie to the past and a door to the future...Welcome to Memphis.

Dale Watson coined the term "Ameripolitan" to describe his own brand of original roots music — when moved by remarks made by Ray Price in defense of his style of traditional music. Seizing the moment, Watson embarked on the ambitious goal of organizing an Ameripolitan Music Awards show.

Jerry Phillips' welcomed the Ameripolitan Music Awards with the message, "As my father Sam Phillips said many times...'For God's sake, let's don't become conformists'...Ameripolitan is a tie to the past and a door to the future...Welcome to Memphis."

TICKETS: On-sale Tuesday, Aug. 15 and will be available at gofundme.com