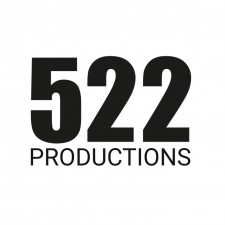 WASHINGTON, September 24, 2019 (Newswire.com) - 522 Productions is proud to announce Free the Slaves as the winner of the nonprofit video contest, launched in July 2019. 522 Productions is an award-winning video production company committed to driving social change through the videos they create. As the organization celebrates their 15-year anniversary, they launched their inaugural #untoldstory video contest for nonprofits, where they offered up to $12,000 in video production services as an in-kind contribution to the contest winner. According to the CEO, Alisa Vossen, “Nonprofit organizations have meaningful stories but sometimes struggle to share their messages due to time, budget and other resources.”

The #untoldstory was launched to give back to those who serve the community and make a major impact in the world. Alisa and her team at 522 Productions were honored and inspired by the number of applications and overwhelming support that they received through the nonprofit contest. Each of the organizations that applied share 522’s vision: to drive change for good. “More than ever, we feel invigorated to continue to share the #untoldstory. There are so many people committing their lives to our communities, and we’re grateful for the opportunity to give back.”

Free the Slaves is a nonprofit organization committed to liberating people from modern forms of slavery around the world, as well as changing the social, economic, and political conditions that allow slavery to persist. According to Terry FitzPatrick, Communications and Advocacy Director at Free the Slaves, the organization has always believed in the power of storytelling to catalyze social change. “When people see the brutality of modern slavery and how it is linked to their own consumer choices, progress becomes possible. But we also know that filmmaking is an art. To be effective, you need creativity. To stay effective, you need a fresh voice. That’s why we’re thrilled that 522 is lending their talent to our cause.”

The Untold Story. Video is a powerful medium to tell your story. In fact, 86% of marketing departments use video to increase conversions, drive donations or support for their mission, and optimize their strategic initiatives. It’s undeniable that video has revolutionized the way companies share their mission and build their brand. Especially for nonprofits, video is a powerful way to embrace your organization’s #untoldstory and tell them in a variety of ways. For Free the Slaves, the challenge is to prove that slavery can be conquered. That's their untold story, and as they enter into their 20th year as an organization in 2020, FitzPatrick believes that this video project will help their organization portray their vision for years to come. “We hope this video will build a bridge between enslaved communities that need help and communities with the resources to provide it. Once people realize that they may be complicit, they won’t be complacent.” The video will be released and available in January 2020, just in time for Human Trafficking Awareness Month.