To undercut the drug epidemic in Vancouver, B.C., the local chapter of the Foundation for a Drug-Free World is going all out with drug education. 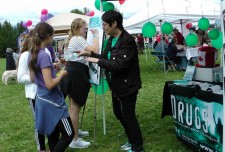 Vancouver, BC, August 2, 2017 (Newswire.com) - A team of Vancouver volunteers takes drug education very seriously, because the cost of addiction in human suffering and dollars and cents is enormous:

Vancouver Scientologists use drug education to address this crisis and invite the participation of concerned groups or individuals to join in their initiative. They hand out copies of Truth About Drugs booklets to children and teens and encourage parents, teachers, and community and civic leaders to join the campaign to ensure youth understand what drugs are and what they do. Knowing the truth about drugs helps youngsters make their own informed decisions to live drug-free.

The Vancouver team invites youth to find out the truth about drugs and sign a drug-free pledge. They also provide drug education materials and training to anyone interested in initiating this campaign in their own area.

Through its worldwide network of volunteers and partnerships, the Foundation for a Drug-Free World has distributed some 8 million copies of Truth About Drugs booklets over the past year—more than 80 million since the booklets were first published in 2006. 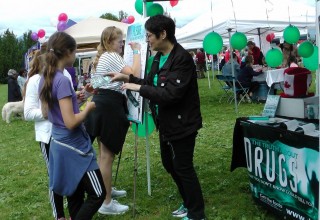 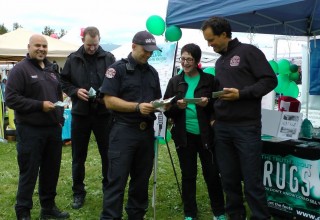