The patent's claims focus predominantly on leak detection and identifying changes to surfaces and volumes on and around underwater assets via the company's patented active optical measurement device. 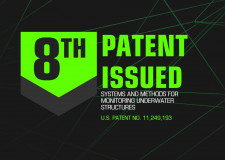 LONGMONT, Colo., February 22, 2022 (Newswire.com) - 3D at Depth, the global leader in subsea LiDAR laser technology, announced that it has received a new patent 11.249.193, "Systems and Methods for Monitoring Underwater Structures," from the U.S Patent and Trademark Office. The patent's claims focus predominantly on leak detection and identifying changes to surfaces and volumes on and around underwater assets via the company's patented active optical measurement device.

3D at Depth collects and processes four-dimensional data in line with client requirements, including millimetric three-dimensional data taken over time (fourth dimension). The same technique can be used for leak detection and making surface and volume measurements. This three-dimensional information can be compared to data collected at later points in time to help clients identify whether there's been a change in their underwater assets, including surface and volume, as well as absolute or relative spatial orientation changes to their underwater structures.

Given the numerous variables that can affect underwater assets, 3D at Depth's data provides a valuable solution to monitoring these multi-million-dollar assets. This 4D data empowers clients to make informed decisions on active or retired underwater assets. By condition monitoring assets over time and detecting changes with forward-looking failure projections, the variances can be addressed before they become issues. Monitoring the operational conditions of subsea assets during their planned life span can greatly contribute to the option of redeployment or field extension considerations.

Carl Embry, Chief Executive Officer, stated, "This new patent covers systems and methods of monitoring the volume or surface of an underwater structure over time. Applications discussed for the subsea environment include monitoring of anode volume and depletion rates over time; seabed volume measurement for drill cutting, scour, or subsidence; and seabed cracks or deformations due to reservoir overpressure from well injection and stimulation."

This new patent also covers systems and methods for detecting leaks by taking precise scans of the areas around underwater structures. "Applications discussed for the subsea environment include detection of liquid hydrocarbons, gas hydrocarbons, drilling fluid, glycol, hydraulic fluid, or other types of fluid used to operate and test subsea infrastructure."

One of the chief benefits of the technology is its function as a one-stop solution for multiple applications, with abilities to take precise millimetric accurate measurements of assets, in addition to leak, volume, and change detection. This eliminates the need for spending valuable time having to use two separate hardware solutions. The same LiDAR can be used for 3D underwater construction measurements, inspections, surface and volume measurements, and leak detection. Reducing water column transit times to and from the vessel for swapping sensor payloads continues to reduce costs, reduce carbon usage, enhance overall project efficiency, and lower risks.

About 3D at Depth:

To learn more and get an insight into the range of solutions and services provided by 3D at Depth, visit www.3datdepth.com, LinkedIn, and 3D at Depth on Twitter.

About 3D at Depth 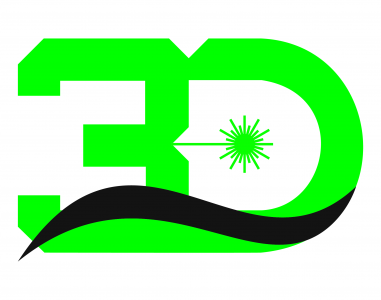