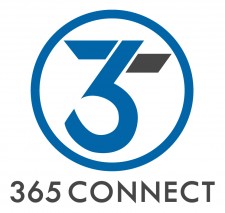 NEW ORLEANS, LA, January 27, 2017 (Newswire.com) - 365 Connect, a leading provider of award-winning marketing, leasing, and resident technology platforms for the multifamily housing industry announced today that its founder and CEO, Kerry W. Kirby, was featured for the sixth year in a row on the Silicon Bayou 100 List as one of the most influential leaders in technology and entrepreneurship in Louisiana.

The Silicon Bayou, is rapidly becoming a place where entrepreneurs, technology developers, innovators, and venture capitalists are making great strides in modern technology.

Kirby stated, “I am proud to be a part of the technology community in my home state, and I am honored to be recognized for my leadership as well as my technological ingenuity. Together, we are proving to the rest of the nation that great technology is being created right here in Louisiana. In fact, we are becoming the hub for creativity, entrepreneurship, and innovation.”

Kirby is an entrepreneur, technology innovator, and the founder of New Orleans-based 365 Connect, an internationally recognized, award-winning technology firm focused in the multifamily housing industry. A renowned speaker, author, and media expert on technology, Kirby has published numerous articles, case studies, and is a contributor to several nationally published books. Kirby has been a guest lecturer, featured speaker, and panelist at numerous universities, national conferences, and events.

He has appeared on the BBC Digital Planet program, NPR News, and various media outlets. Known for his passion to foster the next generation of innovators, Kirby is one of the most prominent supporters of educational events in the New Orleans area that are geared towards technology.  Most notably, he has led 365 Connect to receive a vast array of international, national, and regional awards including the Louisiana Governor's Technology Award.

“Louisiana, known as the Silicon Bayou, is rapidly becoming a place where entrepreneurs, technology developers, innovators, and venture capitalists are making great strides in modern technology,” Kirby explained. “The state government, economic development groups, universities, start-up accelerators, and many more are supporting entrepreneurship and high growth companies like never before. Our future has never been brighter, and I am excited to be a part of it.”

Silicon Bayou News is the leading start-up and technology media property in Louisiana, reaching over a million page views per year and hundreds of thousands of visitors per month from all 50 states and over 100 countries. Our audience includes tech enthusiasts, entrepreneurs, venture capitalists, brands and corporations, early adopters, social media enthusiasts, marketing, PR and advertising agencies, Web 2.0 fanatics, and business and technology journalists. For more information visit: www.SiliconBayouNews.com

365 Connect is a leading provider of award-winning marketing, leasing, and resident technology platforms for the multifamily housing industry. Delivering a fully-integrated solution that eliminates redundant marketing efforts, simplifies transactions, and provides services after the lease is signed, the 365 Connect Platform interfaces with a variety of third-party applications to streamline operations and enhance user experiences. Powering the resident lifecycle since 2003, 365 Connect delivers game-changing results for its clients and the residents they serve by remaining laser-focused on connecting people with where they live. Explore: www.365connect.com

365 Connect is the leading provider of award-winning marketing, leasing, and resident service platforms for the multifamily housing industry.

365 Connect Continues Its Award-Winning Ways With a Muse Creative Award for Its Digi.Lease Platform
365 CONNECT - May 23, 2022

365 Connect to Present in Live Webcast on Navigating the Complexities of Digital Compliance
365 CONNECT - Mar 21, 2022