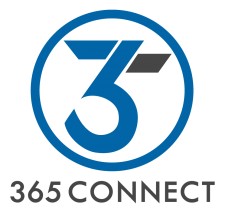 NEW ORLEANS, January 18, 2019 (Newswire.com) - 365 Connect, a leading provider of award-winning marketing, leasing and resident technology platforms for the multifamily housing industry, announced today that its founder and CEO Kerry W. Kirby was featured for the eighth year in a row on the Silicon Bayou 100 List of Louisiana’s most influential leaders in technology and entrepreneurship.

The Silicon Bayou 100 recognizes the most influential entrepreneurs and innovators in the state. This prestigious accolade acknowledges Kirby’s commitment to the technology community – from his building of one of the most highly acclaimed tech companies in Louisiana to his mentorship of various startups and support of educational events in the New Orleans area. His considerable list of achievements has made him a continual stand-out in the Silicon Bayou 100 List alongside other influencers across the Pelican state.

Kirby stated, “I am proud to be an integral part of our technology community and honored to be recognized beside some of the most visionary entrepreneurs in our state. Together, we are proving to the rest of the world that we have a unique business ecosystem that is supportive and responsive and thrives on the next generation of change-makers.”

Kirby is an entrepreneur, technology innovator and the founder of New Orleans-based 365 Connect, an internationally recognized, award-winning technology firm focused in the multifamily housing industry. An acclaimed speaker, author and technology expert, Kirby has published numerous articles and studies and contributed to several nationally published books. He has served as a speaker and panelist at universities and conferences, in addition to appearing on various media outlets such as the BBC Digital Planet program and NPR News. Known for his passion to foster the next generation of innovators, he is one of the most prominent supporters of educational technology events in the New Orleans area.

“Louisiana, known as the Silicon Bayou, is rapidly becoming a place where entrepreneurs, innovators and venture capitalists are making great strides in modern technology,” Kirby explained. “State and local governments, economic development groups, universities and start-up accelerators are supporting entrepreneurship and high-growth companies in Louisiana like never before. I am excited to be a part of it.”

ABOUT SILICON BAYOU 100: The Silicon Bayou 100 is the annual list of the 100 most influential and active people in tech and entrepreneurship in Louisiana. The list is compiled by the community through an anonymous nomination process. The Silicon Bayou 100 is hosted by Silicon Bayou News, the leading start-up and technology media property in Louisiana. It reaches hundreds of thousands of visitors per month from all 50 states and over 100 countries. For more information, visit www.SiliconBayouNews.com.

ABOUT 365 CONNECT: 365 Connect was founded in 2003 with an unwavering commitment to transforming how apartment communities market, lease and retain residents. As a leading provider of award-winning technology platforms for the multifamily housing industry, we deliver a fully integrated suite of comprehensive solutions that automate marketing, simplify transactions and serve residents after the lease is signed. The 365 Connect Platform allows its clients infinite expansion, robust integrations and the ability to revolutionize user experiences. Explore www.365connect.com.

365 Connect is the leading provider of award-winning marketing, leasing, and resident service platforms for the multifamily housing industry.