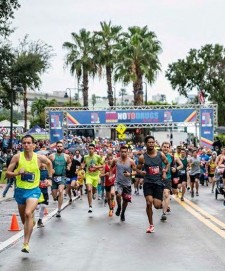 CLEARWATER, Fla., December 30, 2018 (Newswire.com) - Drug overdoses killed 72,000 Americans last year. And according to the Tampa Bay Times, “the crisis is far worse in Florida than the nation, as fatal overdoses spiked 47 percent from 2015 to 2016, more than double the national rate.”

But local residents are not taking this news “lying down.” In fact, thousands literally raced to raise awareness of the problem and take effective action at the 30th annual Say No to Drugs Holiday Classic 10K and 5K and 1 Mile Kids Race for 2018.

The mission of the Say No To Drugs Holiday Classic is to end drug abuse through drug education and promoting a healthy alternative to drugs — getting in shape and connecting with positive, like-minded people through running.

Runners gathered in Clearwater’s Coachman Park for the 10K, 5K and 1 Mile Children’s Race. All participants were awarded a medal for taking part in the race and were invited to join in the traditional after-race pancake breakfast.

Drug-Free World Florida was on hand with drug education booklets and a drug-free pledge board. Hundreds pledged to live drug-free lives and took copies of the information to hand out to friends and families.

The Church of Scientology and its members support the Foundation for a Drug-Free World, a secular nonprofit corporation that empowers youth and adults with factual information about drugs so they can make informed decisions to live drug-free. The foundation’s Truth About Drugs campaign is one of the world’s largest nongovernmental drug education and prevention initiatives. As shown on a program on the Scientology Network, this support makes it possible for the foundation to provide drug education booklets, videos and educator guides free of charge to teachers, mentors and civic and community leaders. 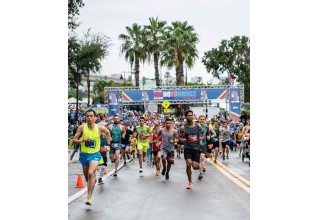 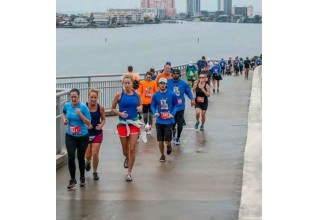 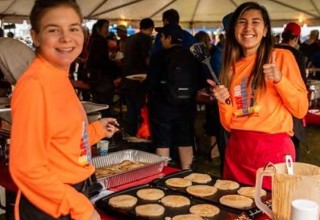 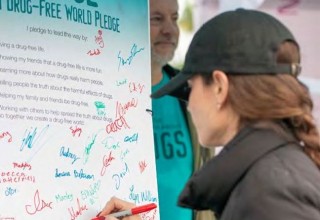