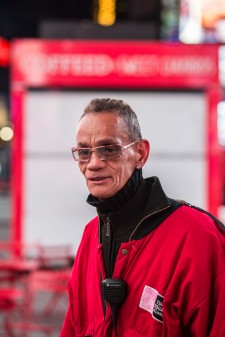 NEW YORK, March 21, 2018 (Newswire.com) - Venkata Krishnan Ganesan, a portrait photographer, serial entrepreneur, and a visual artist from India came to New York in 2016 to do a photography course to expand, enhance, and explore the artistic vision at New York Film Academy. He uses this medium to bring people closer to understanding themselves better.

Venkata Krishnan Ganesan fell in love with the Big Apple's diversity and wanted to capture its changing beauty by the day, with people’s excitement when they visit the capital of the world. As Times Square is one of the most visited locations on the island, the idea was born when he wanted to do a test of endurance by pushing the limits and convincing strangers for 24 straight to get a portrait. On top of the day-long personal challenge, the weather in NYC is 20 degrees, making this a test of patience and persistence as well as physical and mental health. The portrait marathon required 2.5 litres of water, three energy bars, five cups of coffee, 15.9 miles, and 35429 steps between Father Duffy Square and the U.S. Army Recruitment Center. The marathon began at 11:59 pm March 16, 2018, and continued nonstop until 12 a.m. March 18th, 2018. Venkata learned that he had to overcome the barrier of being a south Asian man by approaching over a thousand strangers to convince them to have their picture taken. By the end of this challenge, Venkata took 680+ pictures. In the 24 hours, the photographer took a picture every two minutes (plus an additional minute to convince the subject, and the rest of the time would be spent to get the picture right).

After 24 hours of being awake with almost no food and water, Mr. Ganesan was incredibly satisfied to pass this trial of endurance, patience, and perseverance. All of the pictures are up on www.24hourstimessquare.com. 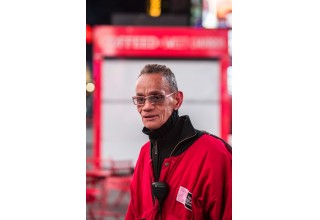 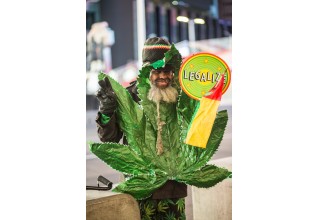 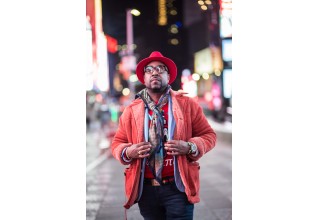