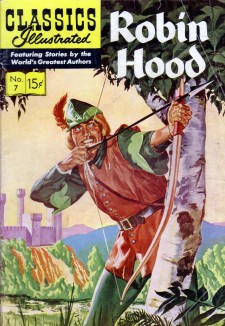 TORONTO, October 1, 2020 (Newswire.com) - From 1941 till 1967, Albert Kanter and the Gilberton Publishing Company produced 298 Classic Comics/Classics Illustrated titles in the United States. In 1964, a West Coast financier, Patrick Frawley, read a Classics Illustrated comic belonging to one of his children and was thus prompted to telephone the Gilberton Company to negotiate the purchase of the property. Albert Kanter signed off on the deal in December of 1967 for $500,000 USD. (That’s about 4 million U.S. dollars in today’s market.)

In August of 2011, First Classics, Inc. (FCI), headed by Richard S. Berger, purchased the rights and assets to Classics Illustrated held by the Frawley Corporation, including the printing plates.

In October of 2011, FCI transferred all 22 tons of original CI engraving plates from the Bronx warehouse to their Canadian sub-licensee Jack Lake Productions Inc. ( JLP) in Toronto, Canada, so that new digital CI artwork could be created.

The estimated value of 234 complete and 19 incomplete zinc CMYK plates of the interior pages of the US Gilberton CI titles is approximately 2 million U.S. dollars. Each zinc plate weighs 3 pounds. JLP, together with FCI, is interested in selling these plates as a lot.