The Middle East is spiralling into deepening violence

Escalating civil strife and the consequent refugee crisis have been among the key drivers in increasing the cost of global violence containment, according to the 2015 Global Peace Index published today by the global think-tank, the Institute for Economics and Peace.

Since 2008 the total economic impact of violence has increased by US$1.9 trillion (+15.3%). The cost of supporting refugees and IDPs alone has increased by 267% since 2008, and now amounts to US$128 billion. However military expenditure, homicide and police forces remain the most costly categories, accounting collectively for 68.3% of the total cost.

Steve Killelea, Founder and Executive Chairman of the IEP observed, "Reducing conflict is a crucial plank in ensuring continued world economic recovery. If global violence were to decrease by 10% uniformly, an additional US$1.43 trillion would effectively be added to the world economy. To put this in perspective, this is more than six times the total value of Greece's bailout and loans from the IMF, ECB and other Eurozone countries combined."

Overall, global peace levels remained stable in 2014; but are lower than 2008. However the overall score disguises an increasing division between the most and least peaceful nations. Since last year, 81 countries improved their levels of peacefulness while 78 deteriorated.

Many European nations are now experiencing historic levels of peace with homicide rates falling, military budgets decreasing and the withdrawal of forces from Iraq and Afghanistan. In contrast countries traditionally at the bottom of the index such as Iraq, Syria, Nigeria, South Sudan and Central African Republic all became even less peaceful. Libya saw the most severe deterioration in peace this year - falling down to 149th out of 162 countries. Ukraine, which suffered over 6,000 deaths from conflict and had over 1 million people displaced, recorded the second largest fall.

Four regions - Europe, North America, Sub-Saharan Africa, and Central America and the Caribbean - experienced improvements in peace since last year. Sectarian strife and civil conflicts further reduced levels of peace in MENA, resulting in its worst ever score, while South America also saw a deterioration in its score driven mainly by increases in popular protests and a rise in perceptions of criminality.

Despite ongoing improvements in peace in many countries, the number and intensity of armed conflicts increased dramatically with a 267% rise in the number of deaths from conflict since 2010, creating unprecedented levels of refugees. Latest estimates from the UNHCR suggest that refugees and IDPs account for approximately 0.75% of the current world population, over 50 million people. This increase of 131% in less than a decade was driven not just by conflict in the MENA region, but also by the ongoing conflicts in the Democratic Republic of Congo and Colombia with 23% and 13% of IDPs by country of origin in 2013.

In 2014, 69 countries recorded deaths from terrorism, up from 60 the prior year, highlighting the increasing use of terror tactics. Growth in terrorist activity expanded from MENA to Sub-Saharan Africa with the largest increases recorded in Nigeria, Cameroon and Niger. Nigeria is now the second most deadly country for terrorism after Iraq, experiencing 140% increase in deaths to 4,392. Its neighbour Cameroon recorded 191 deaths in 2014 compared to none the previous year. Fewer than 1% of terrorist fatalities in 2014 occurred in the OECD. Boko Haram's massacre of over 2000 civilians in Baga, Nigeria in January 2015 was the most deadly terrorist incident since 9/11, an event overshadowed by the murder of 11 journalists at French newspaper Charlie Hebdo the following month.

Steve Killelea said, "2014 was marked by two contradictory trends: on the one hand, many countries in the OECD achieved historic levels of peace while on the other, strife-torn nations, especially in the Middle East, became more violent. This is a real concern; as these conflicts become even more intractable they then spread terrorism to other states."

Europe remained the most peaceful geographical region in the world, securing the top three positions in the GPI. Its peacefulness has improved every year for the past four years. Iceland ranks first. Greece was the region's greatest improver, rising 22 places. The UK rose eight places having exited Afghanistan.

North America's score improved slightly. This was largely due to the US moving up two places due to a better score for number, duration and role in external conflicts as it wound down presence in Afghanistan and Iraq.

Asia-Pacific is ranked third behind Europe and North America in the GPI. However, it contains the greatest diversity in scores of any region with three countries in the top 10 and a single country, North Korea, in the bottom 10. The South China Sea remains a potential area for conflict, with countries involved in the dispute all showing a deterioration in scores.

South America's overall regional score declined and is now below the global average. Some South American countries did improve: Peru had the biggest improvement due to reductions in the number of deaths from organized internal conflicts; Chile improved on the back of a better score for arms transfers and Ecuador's political terror scale improved along with the number and duration of internal conflicts. The score declined for all the other countries in South America, with the most notable deterioration in Uruguay, Venezuela and Brazil.

Central America and the Caribbean slightly improved its scores, however it remains less peaceful than the global average. Costa Rica and Jamaica had the strongest improvements. Costa Rica saw improvements in its scores for homicide, while Jamaica's improvement stemmed from a reduction in its outstanding dues to UN peacekeeping missions. The countries whose scores slipped the most were El Salvador due to increases in the Political Terror Scale and Nicaragua due to increases in violent crime.

Sub-Saharan Africa's score improved in 2015, putting it further ahead of Russia and Eurasia, South Asia, and MENA. This overall improvement masks sharp variations in country performance; sub-Saharan states registered some of the sharpest score changes, both positive and negative. Guinea-Bissau and Cote d'Ivoire registered the largest score improvements worldwide while Djibouti's ranking declined 42 places, reflecting a rising incidence of social unrest, crime and resentment of the government's authoritarian rule.

Russia and Eurasia recorded a modest deterioration in its overall score this year, while its position in the ranking by region was unchanged. There were significant variations between countries; Ukraine recorded one of the biggest falls this year for its aggregate score for internal peace.

South Asia's position moved up one notch in the regional rankings after being at the bottom in 2014, but only because conditions deteriorated at a faster pace in MENA. Overall, the scores of most countries in the region worsened, with just Bhutan, Nepal and Bangladesh registering gains.

MENA remains blighted by conflict and records the worst regional score in the GPI. The score deteriorated from last year's index, as mild improvements notably in Egypt and Tunisia were outweighed by deteriorating scores particularly in Libya, Yemen, Iraq and Syria.

For more information, go to bit.ly/GPIreport.

GPI report, video, and interactive maps are available at: www.visionofhumanity.org

About the Global Peace Index (GPI)

The GPI is the world's leading measure of global peacefulness produced by the Institute for Economics and Peace (IEP). It gauges on-going domestic and international conflict, safety and security in society, and militarisation in 162 countries by taking into account 23 indicators.

About the Institute for Economics and Peace

IEP is an international and independent think tank dedicated to shifting the world's focus to peace as a positive, achievable and tangible measure of human well-being and progress. 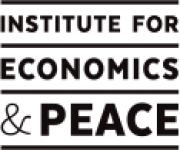