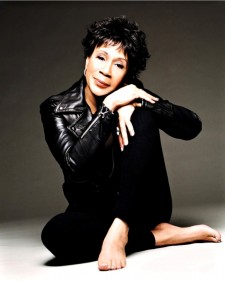 Vancouver, Washington, August 3, 2016 (Newswire.com) - HOT JAZZ, CUBAN, BLUES & ROCK! — The 19th Annual Vancouver Wine & Jazz Festival is August 26, 27, 28 at Esther Short Park in Vancouver, WA.  Recognized by musicians, fans and critics as one of the best events of the summer it is “…the largest festival of its kind in the Northwest…” (ABC TV KATU 2, Portland, Oregon).  “This year our concert lineup includes jazz and blues legends, as well as up-and-coming musicians who are breaking onto the national scene,” says Artistic Director Michael Kissinger.  “The audience will hear internationally acclaimed musicians as well as new faces at the Festival this summer.”  The lineup includes:

Local and regional bands include Portland singer Ellen Whyte, the traditional New Orleans-style band The Mardi Gras All Stars, Northwest Latin band Salsa Nova and the 56th US Army Jazz Band from Joint Base Lewis-McCord.  16 concerts will be staged during the 3-day Festival.  The Festival is the #1 Cultural Tourism Event in Southwest Washington and attracts an estimated audience of 8-10,000 people each year and visitors from 19 states and Canada.  Tickets to the 2016 Festival have been purchased from as far away as Ukraine.

"...The Vancouver Wine & Jazz Festival is a world-class event..."

WINE, ART, FOOD — The Festival features over 200 wines.  Attendees can sample wines in a 1-ounce taste or purchase a glass to enjoy at the Festival, or purchase a bottle or case to take home.  Food from 6 local restaurants will be served, ranging from Northwest fare to Middle Eastern, Hawaiian dishes and Mexican cuisine.  Art and craft enthusiasts can shop the 30 fine artists from California, Idaho, Oregon and Washington.  Commercial exhibitors are also on site throughout the weekend displaying their products and services.  “The Vancouver Wine & Jazz Festival is a unique northwest cultural arts event” explains Festival Manager Maria Manzo. “It is a multi-faceted cultural festival, where people hear great music, enjoy Northwest wine, see beautiful fine art, and become immersed in an eclectic and creative weekend.”

HISTORY — The Festival is recognized as one of the most prestigious Jazz Festivals on the West Coast.  Diane Schuur, jazz pianist and singer says “…the Vancouver Wine & Jazz Festival is a world class event…”  Since 1998, more than 150 bands and 650 fine artists have participated; and an estimated 150,000 people from 19 states and Canada have attended to experience the world-class music, wine, art, food—and friendship!

Bravo! Vancouver produces the annual Vancouver Wine & Jazz Festival, as well as the Bravo! Northwest Concerts Series and Music At The Madeleine concerts series. Visit www.vancouverwinejazz.com and www.bravoconcerts.com for details.