Drug-Free Czech Cyclo-run is bringing the truth about drugs to the youth of the country.

PRAGUE, June 22, 2018 (Newswire.com) - Athletes on the 16th annual Cyclo-run for a Drug-Free Czech Republic, the country’s longest and most enduring drug prevention sports campaign, ride and run throughout the country to reach youth with the truth about drugs.

They travel throughout Czech providing drug education lectures and drug-free pledge signing events in 38 towns and cities. They use the materials of Foundation for a Drug-Free World.

Hundreds of children, celebrities and guests participated in the Opening Ceremony in Třinec June 11, and dozens accompanied the cyclo-runners on the first leg of their 2018 tour

The finale in Prague marks International Day Against Drug Abuse and Illicit Trafficking.

An estimated 300,000 Czech Republic teenagers age 15 to 19 use or have experimented with illegal drugs. This is nearly half the country’s estimated 622,000 youths of that age group.

The most recent European School Survey on Alcohol and Other Drugs (ESPAD 2015), with data gathered from 35 countries, found 37 percent of Czech youth have experimented with cannabis — the highest rate of all European nations. It also found children as young as 10 are abusing this drug.

Covering 1,250 kilometers in 12 days, the team of cyclist/runners average more than 100 kilometers each day. Team members meet with officials in each of the cities and speak about drug issues and solutions to increase awareness of the problem. They organize and hold drug prevention events where people are encouraged to ask questions and the volunteers hand out copies of booklets that document the truth about the most commonly abused drugs.

The Cyclo-run focuses on raising awareness about the harmful effects of drugs because youth who understand what drugs are and what they do are far less likely to experiment with them. The program also helps increase community-based activity and responsibility in addressing this issue.

Cyclo-run athletes encourage towns and cities to join the Day Without Drugs initiative as a first step to having a “Drug-Free Town.” They help them strengthen their drug prevention programs and organize events and activities to promote drug-free living.

Foundation for a Drug-Free World, which provides the educational material for this campaign, is a nonprofit public benefit corporation that offers the powerful Truth About Drugs booklets that describe how drugs work and their mental and physical effects. There are 14 booklets in the series focusing on the most commonly abused drugs, exposing and debunking pro-drug myths with the truth about the short- and long-term effects of drugs. 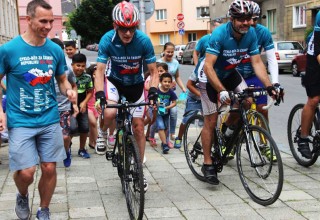 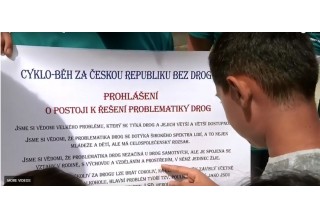 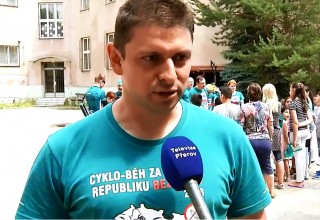