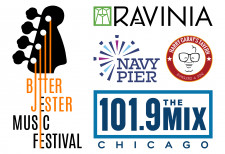 HIGHLAND PARK, Ill., March 22, 2022 (Newswire.com) - The Bitter Jester Music Festival returns for its 16th season of live concerts this May and is now seeking bands and solo musicians to apply online. BJMF is known for showcasing incredibly talented emerging musicians from across the Midwest at its free weekly competition concert series in Downtown Highland Park's Port Clinton Square every summer.

A Grand Finale Concert featuring the best acts of the summer takes place on July 4 at Wolters Field in Highland Park starting at 3:45 p.m. and concluding with fireworks after dark. The Grand Finale and Friday concerts are all free with free parking.

The competition is only a small part of the festival. While audiences sit back and enjoy a variety of musical acts and judges pick a winner each night, the festival's producers focus on the performers.

A "Best Of" concert happens on Labor Day at Navy Pier's Beer Garden (2-8 p.m.) and one winning band will be chosen as an opening act at Ravinia Festival on the Carousel Stage in 2023. While half the band members must be 21 or younger, a new partnership with Harry Caray's Tavern in Chicago provides past and present Bitter Jester musicians, regardless of age, with paid performance opportunities from Memorial Day through Labor Day.

101.9 The Mix New Music Club is the festival's Grand Finale media sponsor once again, furthering the potential for young bands to have their music heard by the masses.

Nicolas DeGrazia, BJMF's founder and a seven-time Emmy-winning director/producer, helps create this unique event in his free time. "No other 'battle of the bands' style competition puts this much time and attention to detail into making sure all its musicians - regardless of winning - are taken care of. BJMF performers have fun, learn a lot, grow as artists, and leave with more info and industry connections than they had coming in," he says.

DeGrazia isn't the only volunteer; virtually everyone donates their time. "I volunteer for this incredible organization because my life was so profoundly shaped by it when I was a teenager. I wouldn't have gone into music education if it weren't for Bitter Jester," says BJMF Director of Education Michael Tseitlin, himself a five-time competitor and now Director of Guitar at Stevenson High School in Lincolnshire.

The nonprofit festival is funded in part by a grant from the Highland Park Community Foundation and various sponsorships, including support from the City of Highland Park. City Manager Ghida Neukirch explains: "Bitter Jester has grown into a nationally recognized, respected organization and helped to launch the entertainment careers of so many young artists. It's an honor for us to be part of their success."

Volunteer panels of working musicians, music educators, and media professionals select weekly winners to advance to the Finale alongside four "Wild Card" bands chosen by festival producers. There, a new panel of judges narrows the eight finalists down to two. A single-song playoff takes place before the City's Independence Day fireworks celebration.

"Any young performer looking to improve their skills, perform for new audiences, meet bands their age, and receive all the building blocks to create their first EPK should apply to this festival," DeGrazia adds. For more information, email music@bitterjester.com. 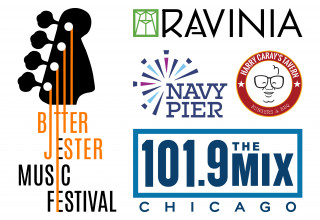 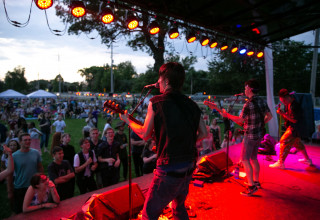