1619-2019: Embassy of Angola in DC Honors First Enslaved Africans to Arrive in Virginia With Direct Descendants

Angolan Ambassador to the U.S. to host a remembrance ceremony on Monday, Dec. 16 at the Smithsonian National Museum of African Art to mark the 400th anniversary of the first 20 enslaved people to arrive in the colony of Virginia from Africa in 1619. The Tucker Family of Hampton, Va., direct descendants of the first 20, will be present at the ceremony.

WASHINGTON, December 12, 2019 (Newswire.com) - In an effort to bring about cultural healing and remembrance as we come to an end to 2019 — a year that marks the 400th anniversary of the first Africans arriving to Virginia, the Embassy of the Republic of Angola is hosting a cultural ceremony at the Smithsonian National Museum of African Art on Monday, Dec. 16, from 6:30 pm - 8:30 p.m.

The Tucker Family of Hampton, Va., who are direct descendants of the first enslaved Africans to reach American shores will be in attendance.

Wanda Tucker, who recently made headlines when her trip to Angola to trace her ancestral roots was documented by national media, will be a featured speaker at the event.

The goal is to honor the legacy of this brave group of more than 20 people who first survived the treacherous journey across the Atlantic and whose origins can be traced back to the Angolan Kingdom of Ndongo, say Embassy officials.

“We also want to extend our hands in friendship to all Americans, particularly those who are descendants of enslaved people from Africa. Angolans today feel a strong sense of connection to African Americans in the USA because we share a common ancestry. We want African Americans to know that we consider them to be our long-lost brothers and sisters in this country,” says Ambassador H.E. Joaquim do Espirito Santo.

Emmy-winning journalist and author Markette Sheppard, who recently traced her African ancestry through DNA testing, will serve as mistress of ceremonies.

WHAT:
REMEMBRANCE 20: The First 20 Enslaved Angolans to Arrive 400 Years Ago

MORE INFO:
Event is open to press. RSVP in advance to: event@angola.org

Source: Republic of Angola Embassy in the United States 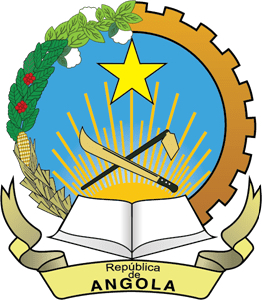