Invisibility is Now a Reality

VANCOUVER, British Columbia, October 8, 2019 (Newswire.com) - ​Hyperstealth Biotechnology Corp. announces their four patent applications which are all related to their Quantum Stealth (Light Bending Material), otherwise known as the Invisibility Cloak. The information within the four patents has been released by Hyperstealth Biotechnology Corp. with over 100 minutes of videos demonstrating the prototype materials which are available to watch directly from their website www.hyperstealth.com.

Hyperstealth’s Guy Cramer, President/CEO, is also the inventor of the four patent applications.​

The first patent application is Quantum Stealth, light bending material. True invisibility was thought to be impossible by most physicists. Not only does the material hide a target in the visible spectrum but Guy demonstrates that it also bends in the Ultraviolet, Infrared and Shortwave Infrared while it blocks the Thermal Spectrum, making it a true “Broadband Invisibility Cloak”.

There is no power source. It is paper-thin and inexpensive. It can hide a person, a vehicle, a ship, spacecraft and buildings. The patent discusses 13 versions of the material and the patent allows for many more configurations. One piece of Quantum Stealth can work in any environment, in any season at any time of the day or night, something no other camouflage is capable of.

The second patent application is a new “Solar Panel Amplifier” which uses the same lens material that is a key component of all four patents. It has demonstrated to provide more than triple the output of an equal thin film control panel and almost triple that of a monocrystalline panel.

Guy was able to far surpass the Maximum specified Output determined by the manufactures on the three main panel types; Thin Film, Monocrystalline and Polycrystalline panels. The maximum output is determined by the amount of solar radiation available on the Equator at noon on a clear day. Guy’s tests were done near Vancouver, Canada with only 1/3 the solar radiation available compared to the equator. This means that higher latitudes with low solar radiation may now be just as viable for solar panels as it is in lower latitudes.

The third patent application is simply called “Display System” but it’s capable of producing holographic-like images with the addition of a powered projector. The holodeck from Star Trek is one step closer. The patent office has already reviewed this patent application.

The fourth patent application is Laser Scattering, Deviation & Manipulation: In the videos, Guy demonstrates splitting a single laser into over 3,888,000 smaller lasers. What can you do with that many lasers? You can add it to a LIDAR system (Lasers that behave like Radars) which typically use one laser, a spinning mirror and an optical receiver to determine the surroundings. These are found on the new self-driving vehicles, typically they are mounted on the roof and spin around. Increasing one laser to millions should allow for ultra-high resolution at much longer distances, allowing the computers to determine dangerous conditions or objects much quicker allowing for much safer transit for both the vehicle and pedestrians and animals near roads.

This could also allow for aircraft detection and tracking and would work on conventional or stealth aircraft from long distances. The battlefield may be swept by this new multimillion laser LIDAR system allowing for unprecedented detail of any adversarial soldiers and equipment, regardless of their camouflage or camouflage nets.

Hyperstealth website with embedded videos of all these technologies: www.hyperstealth.com

For further information, and requests for downloadable videos (for the media only) please contact: Guy Cramer gcramer@hyperstealth.com​ 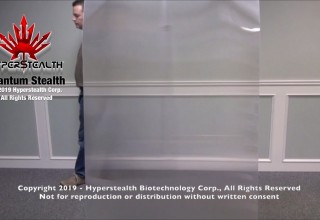 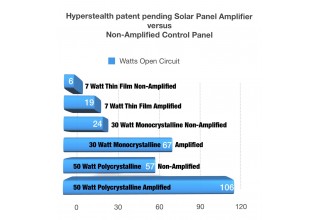 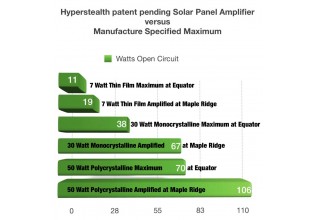 Hyperstealth is a world leading camouflage development company with over 14,000 developed patterns and 6,000,000 military issued uniforms using Hyperstealth Camouflage. Hyperstealth recently applied for four patents including one for invisibility 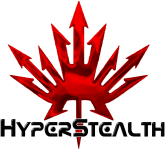